Home Publication All FWLR This Week – When a Court is Competent and Attitude... 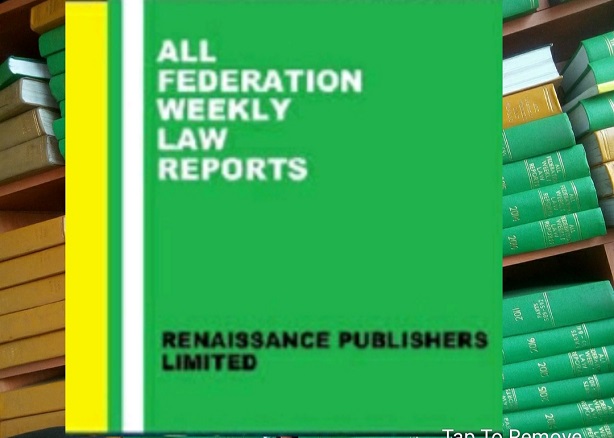 The gubernatorial elections for Osun State was declared inconclusive by the 2nd respondent on grounds of electoral violence and a rerun rescheduled, after which the 1st respondent was declared and returned as winner of the election. Dissatisfied, the 1st appellant who also contested the election and the party that sponsored him filed an appeal at the Governorship Election Tribunal challenging 1st respondent’s win on grounds that he was not duly elected by majority of lawful votes cast and noncompliance with electoral provisions. The appellants sought declaratory reliefs to that effect and for order nullifying the rerun election. The appellants further prayed for declarations that paragraphs 44(n) of 2nd respondent’s Guidelines and Regulations for the conduct of the Osun State Governorship Election is void because it is in conflict with Electoral Act, 2010 as it has the effect of expanding or amending the Electoral Act, 2010 and order striking same down. Further sought were declarations that the appellants scored the majority of lawful votes cast and order returning them as winners of the election. In the alternative, the appellants prayed for order declaring the appellants as winner of the rerun election. The 2nd and 3rd respondents filed preliminary objections to the petition. The tribunal allowed the petition.

Dissatisfied, the 1st and 3rd respondents appealed to the Court of Appeal where the appeal was allowed and the decision of the tribunal set aside. Also dissatisfied, the appellants appealed to the Supreme Court contending that the lower court erred in holding inter alia that the reliefs claimed in the petition were aimed at the election of 22 September 2018 and not the rerun election. The 1st respondent filed a preliminary objection to the appeal.

On when a court is competent

A court is competent when –
(a) It is properly constituted as regards numbers and qualifications of the members of the bench and no member is disqualified for one reason or another, and
(b) The subject matter of the case is within its jurisdiction, and there is no feature in the case which prevents the court from exercising its jurisdiction, and
(c) The case comes before the court initiated by the due process of law, and upon fulfillment of any condition precedent to the exercise of jurisdiction.

Any defect in competence is fatal, for the proceedings are a nullity however well conducted and decided, the defect is extrinsic to the adjudication. In the instant case, where the tribunal was not properly constituted, the lower court rightly set the decision reached by it aside. [Madukolu v. Nkemdilim (1962) 2 NSCC 374, (1962) All NLR 587, (1962) 2 SCNLR 341 referred to] [P. 120; paras. E – H]

NWLR This Week: When Court Can Convict The Accused on His...

Appeal dismissed on non-Transmission of Records not Restorable