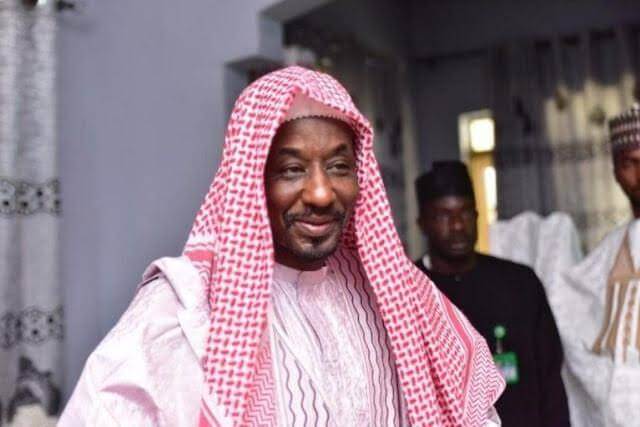 The Federal High Court sitting in Kano has dismissed the application of deposed Emir of Kano, Muhammadu Sanusi II, seeking to stop the State Public Complaint and Anti-Corruption Commission (PCACC) from investigating a petition against him over N2 billion alleged land scam.

In his judgment on Monday, Justice Ambrose Lewis-Allagoa held that the court cannot restrain a statutory body from carrying out its official responsibility.

He added that the deposed emir’s fundamental human rights guaranteed under section 36(1) of the Constitution of the Federal Republic of Nigeria 1999 (as amended) has not been breached in any way by the investigation of the commission.

The judge said “the substratum of the entire case of the applicant collapsed” with the court’s decision that there has been no breach of the fundamental human right of the applicant, thereby dismissing all other claims as mere “academic”.

Sanusi had approached the court on March 6, 2020, seeking to halt PCACC’s invitation to him to come and explain his role in an alleged land transaction scam.

He had asked the court to declare that PCACC’s refusal to give him facilities and allow him adequate time to prepare for his defence was a breach of his fundamental human right to a fair hearing.

The deposed emir, therefore, urged the court to set aside the letter of invitation extended to him and declare that PCACC be perpetually restrained from further investigating him over the breach of his fundamental human rights to a fair hearing.

However, PCACC and its chairman, Muhyi Magaji, through their lawyer, Usman Fari, submitted during the trial that they were only investigating allegations of fraud in the land transaction in Darmanawa, in the state metropolis in which over N500 million was alleged to have been siphoned through a proxy.

PCACC’s lawyer had informed the court that it received a petition from a whistleblower that lands belonging to the Kano Emirate Council, which the applicant was heading at the time, were been illegally sold, and it invited and interviewed many people, including officers and titleholders in the council.

It said its preliminary investigation was the reason it extended an invitation to Sanusi and denied that it was unfair to the deposed emir or any other person in the matter.

Fari argued that Sanusi cannot claim that his right to a fair hearing was (likely) to be jeopardised when he refused to honour the invitation extended to him while others did.

He said since PCACC was not a judicial or quasi-judicial body, the requirements of fair hearing that was contemplated by Section 36 of the Constitution of the Federal Republic of Nigeria would not be applicable.

He explained that the commission did not conduct a hearing to determine anyone’s guilt, but rather carried out an investigation, stressing that fair hearing was an opportunity to be heard and that opportunity was granted to Sanusi.

On the allegation of bias, the lawyer noted that there was no fact in Sanusi’s application to support the claim.

He, therefore, insisted that the deposed emir’s prayers to the court to give an injunction restraining PCACC from further investigating him would amount to frustrating the commission from carrying out its statutory duties.

Fari then urged the court to disregard the prayers of the deposed emir in the application.

Magaji told Channels Television after Monday’s sitting that the commission would proceed with its investigation after the judgement.
Channels