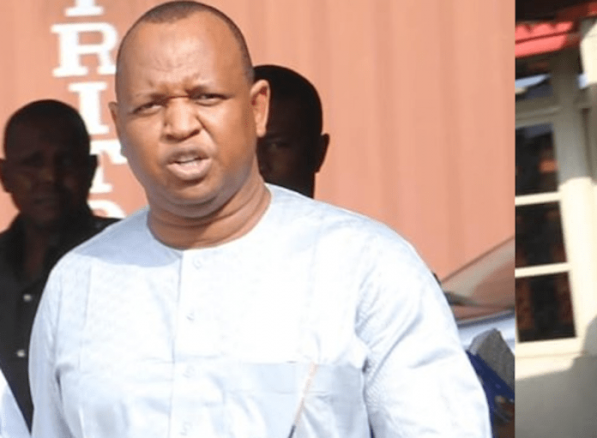 A Federal High Court in Lagos has freed Abdullahi Babalele, a son-in-law to former Vice President, Atiku Abubakar on a two-count allegation of alleged money laundering of $140,000.

Justice Chukwujekwu Aneke threw out the charge and discharged the defendant on the grounds that the Economic and Financial Crimes Commission (EFCC) had chosen a wrong venue.

The court held that the charge against the defendant ought not to have been filed in Lagos when the alleged offence was said to have been committed in Abeokuta, the Ogun State capital.

Justice Aneke relied on the Supreme Court’s decision in a case between the EFCC and Mohammed Dele Belgore on territorial jurisdiction.

The EFFC accused him of giving former President Olusegun Obasanjo $140,000 on the instructions of Atiku Abubakar, who was vying for the office of President in the 2019 elections.

But Babalele pleaded not guilty.

During the trial, the EFCC called two witnesses and tendered several documents that were admitted in evidence, before closing its case against the defendant on November 25, 2020.

At the last hearing on December 7, Babalele’s counsel, Chief Mike Ozekhome (SAN), filed a no-case submission asking the court to dismiss the charge.

He contended that no case had been made against his client warranting him to make any defence.