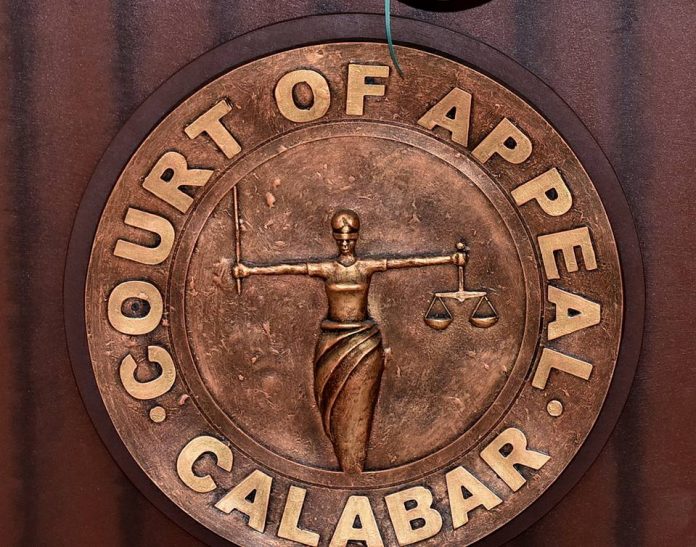 The Court of Appeal sitting in Calabar, Cross River state has ruled in a land dispute case involving two Local Government Areas of Akwa Ibom in which no fewer than five persons were killed and properties destroyed since 2017.

Two communities – Ifa Ikot Akpan in Uyo Local Government Area and Ibiaku Ishiet in Uruan Local Government Area led by their traditional rulers, Etteidung Edem Aniedi Ebong and Chief William Effiong Etim, had been locked in the land tussle in the last three years, forcing the matter to be taken to the Uyo Division of the High Court.

The matter was however, dismissed by Justice Charles Ikpe, “for lack of merit” and subsequently, the case was moved to Appeal, where Justice Hamma Akawu Barka, faulted the decision of the High Court in dismissing the case as filed by Etteidung Ebong and others of Ifa Ikot Akpan community.

Delivering the ruling on the case: CA\C\342\2019, the three man Appeal panel led by Justice Barka, noted that “the lowered court erred in rejecting the document tendered by the appellants, which was not objected and countered by the defendants in efforts to disprove it throughout the period of the trial”.

He, therefore, ruled that “all the parcel of land which presently makes up the keke motor park, in the area that the claimants earlier leased to Gitto Construzioni Generali Nig Limited, to serve as burrow pit together with its appurtenances lying and situate at Ifa Ikot Akpan village, Etoi, Uyo, Local Government Area, Akwa Ibom state, belongs to the claimants, now appellants, having been in lawful possession of same ever since time immemorial”, part of the ruling reads.

For taking possession of the land for the couple of years, the defendants, Chief Etim and others of Ibiaku Ishiet community in Uruan Local Government Area, the Judge held, would refund the sum of 10 million to the appellants as general damages incurred during the period.

Commending the ruling, the monarch, Etteidung Ebong, said “my confidence in Nigeria’s judicial system has been restored”, recalling that he was under serious threat by the defendants, who assumed overwhelming powers to win the case based on connections he has with key politicians in the state.

“The judgment is a welcome development because total peace will now return to the affected communities and normal businesses restored”, he added.

Court Dismisses Charges Against Tompolo, Others