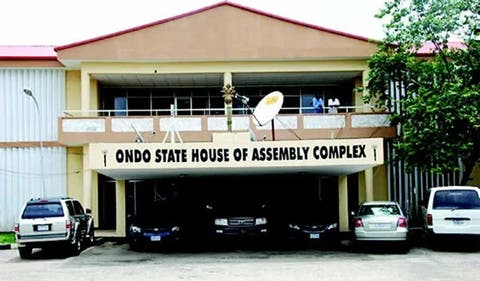 A Court of Appeal sitting in Akure, the Ondo State capital, on Wednesday, struck out the motion for stay of execution filed by the leadership of the state House of Assembly after the lower court had ordered for the reinstatement of the three suspended members of the House.

The three members of the Assembly, who included the Deputy Speaker Mr Iroju Ogundeji, Mrs Favour Tomomewo and Mr Wale Williams, were suspended by the leadership of the House for alleged gross misconduct .

They were also among the nine lawmakers who opposed the impeachment notice of the embattled Deputy Governor of the state, Mr Agboola Ajayi, some months ago.

In protest, the embattled legislators approached the state High Court to challenge the action of the Assembly against them.

The court, in its judgement, ruled that the suspension was illegal and asked the Assembly to reinstate them and pay them all their entitlements.

The House, however, appealed the judgement of the lower court and filed a motion for stay of execution at the appellate court.

In the judgement of the appellate court, Justice Omoleye Olabisi described the appellant’s prayer as frivolous and ordered that the Assembly should immediately allow the suspended House members to resume their legislative functions without any hindrance.

In his reaction, the Deputy Speaker, Iroju Ogundeji described the judgement as justice for humanity.

He said, “What happened today (Wednesday) showed that hope is still alive in the nation’s judicial system.”