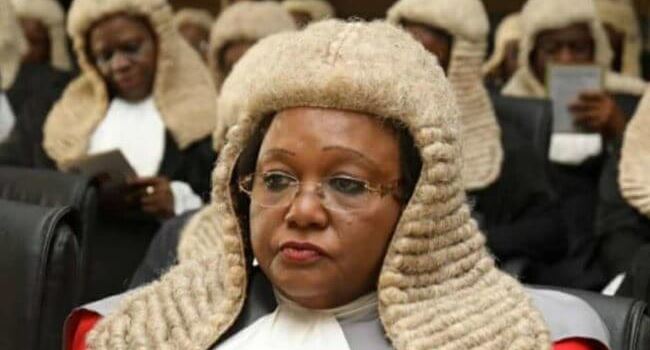 …says only state government, not panel, can invite us
• Why we won’t reveal personnel deployed to Lekki tollgate – Army
• Summons duly signed by panel chair can’t be disregarded – Member

The Lagos State Judicial Panel of Inquiry probing the shooting of #EndSARS protesters at the Lekki tollgate on the night of October 20, 2020 has summoned the army to appear before it, Sunday PUNCH has learnt.

But the army has indicated not to honour any summons or invitation by the panel, except it is from the state government.

The seven-man panel, which began sitting on Monday, is also saddled with the task of probing allegations of brutality by men of the now disbanded Special Anti-Robbery Squad.

A member of the retired Justice Doris Okuwobi-led panel, set up by the Lagos State Government, confided in Sunday PUNCH that the panel had already dispatched an invitation letter to concerned authorities.

“We have summoned several authorities, including the military,” the panel member, who spoke on condition of anonymity, said.

On whether the panel had fixed a date for the appearance of the army, the member said, “No date yet. But surely, we are summoning the military, police and everybody relevant to our probe. We have no limitation as to who we are going to summon. We want to get to the root of the case. The panel had agreed that a letter be dispatched to the military authorities.”

Lagos govt, not panel, has right to invite us – Army

But when Sunday PUNCH reached out to the Nigerian Army over the invitation sent to it by the panel on the need for it to state its story regarding the incident, the acting Deputy Director, Army Public Relations and 81 Division’s spokesperson, Major Osoba Olaniyi, said it was not the duty of the judicial panel to invite the Army to answer questions regarding the reported shooting of unarmed protesters at the Lekki toll plaza.

Olaniyi stressed that the army intervened in the Lekki tollgate incident based on a request from the Lagos State Government and that it would only appear before the panel based on same directive from the state government.

He said, “If we receive a letter from the state, we will go. Are we not under civil authorities? Are we not part of Nigerians? Have you forgotten that we did not go there (Lekki tollgate) on our own?

“It is not the duty of the members of the panel to tell us that. If the state wants the (81) Division to come, they will write and we will oblige. See, if they have written to the division, it is our duty to go. It is not for them to go through the media as if we are scared of coming.

“It is the state government that constituted that panel of inquiry. So if anybody needs to get in touch with us to come, it is still the state and not members of the panel.”

But reacting to Olaniyi’s argument that the army would only honour an invitation by the state government, the panel member who spoke with Sunday PUNCH, on condition of anonymity said, “An invitation has been sent by the panel to 81 Battalion of the Nigerian Army at Bonny Camp and 82 Division on Kofo Abayomi.

“The laws guiding the panel give it power to summon anybody. Once a summons has been sent, it must be obeyed. If on the day the army is supposed to appear, they don’t come, then the panel will consider other alternatives.

“If the military is under civil authority, I don’t see how a judge will sign a summons and it will be willfully disregarded. May such day never come in Nigeria again.”

The army had come under heavy criticism over how its personnel, while enforcing the curfew imposed by the state government, shot peaceful protesters at the Lekki Tollgate on October 20, 2020, killing some and leaving others with varying degrees of injury.

The army authorities, in a tweet on October 21, initially denied that its personnel were at the scene of the shootings. The army, via its Twitter handle, described the report as ‘fake news.’

But, following evidence and pressure from different individuals and groups, the army later admitted that its personnel were at the scene but were invited by the state government. This constrasted the earlier submission of the state governor, Mr Babajide Sanwo-Olu, who in the morning of October 21 blamed the shootings on “forces beyond our direct control.”

The Army denied shooting the protesters while the governor also said no one was killed in the exercise, but available information showed that people were killed. Amnesty International also said it had evidence that no fewer than 12 protesters were killed at the Lekki tollgate and Alausa areas of the state.

The army deputy director had said, “From the onset of the #EndSARS protest, there was no time personnel of the 81 Division, Nigerian Army, Lagos was involved. However, the decision to call in the military was taken by the Lagos State Government after a 24-hour curfew was imposed. This was as a result of the violence which led to several police stations being burnt, policemen killed, suspects in police custody released and weapons carted away.

“The situation was fast degenerating into anarchy. It was at this point that the Lagos State Government requested the military to intervene, in order to restore normalcy. The intervention of the military followed all laid down procedures for internal security operations. And all the soldiers involved acted within the confines of the Rules of Engagement for internal security operations.”

An entertainer, Obianuju Ude otherwise called DJ Switch, who was at the scene, later released a video where she said no fewer than 15 persons were killed, adding that the soldiers took away the corpses in their vans. She pointed out that policemen were also involved in the shooting. The outcry  made the governor to extend the terms of reference of theseven-member judicial panel to include investigating the Lekki shootings.

Meanwhile, the 81 Division’s spokesperson has said the military will not disclose the number of its personnel deployed in the Lekki tollgate on the night of the incident.

Hearing by the Lagos State Panel of Judicial Inquiry into complaints of human rights violations by men of the disbanded SARS continued on Saturday with a schoolteacher, Ndubuisi Obiechina, narrating to the panel how she was arrested in 2017 on an accusation of being a thief and a kidnapper. She said she was tortured by SARS men till she miscarried her two-month-old pregnancy at the time.

The schoolteacher, who appeared before the Okuwobi-led panel alongside her husband, Ogechukwu, told the panel that she was detained and tortured for 22 days till she lost her pregnancy.

She named officers Phillip Rilwan, Christian and Haruna Idowu as some of her torturers.

She alleged that the policemen stole her husband’s N50,000 and compelled them to part with N400,000 as bail fee before they were freed.

Narrating their ordeal at the hands of the SARS men, she said, “On June 1, 2017, I received a text message from an unknown number that I had a parcel from DHL. A caller using different numbers asked for my home or office address and I gave him my school address upon my husband’s advice.

“The following day, I saw a black sport utility vehicle with huge men inside it. One of them was in a DHL uniform. Immediately, they approached me, they started beating me. They said I should get into the vehicle. They said I was a thief and an armed robber. The one in the DHL uniform removed it. My HM (headmistress) was peeping at us. I said ‘let me tell her and they said no.’

“I said my kid is there, they said no; that I should follow them, that my kid would die there. My HM came to the gate; they pointed a gun at me. She asked them what was going on; they said, ‘This woman is a thief, a kidnapper. She must follow us and go.’ They said they were police, SARS.

“They pushed me inside the car and moved. The men were slapping, beating me. I was two months pregnant. I started vomiting. That was when they found out I was pregnant. But they kept torturing me. I told them I did not know the suspect.

The schoolteacher said after a long search for her at different police stations, her husband eventually located her but was immediately arrested and also locked up.

She said, “Immediately they saw him, they started beating him. They put a tyre on his head, and said they would burn him alive. They started interrogating him, beat him with the butt of a gun; they hit him on the head with a stone.

“During the beating, I urinated on my clothes; they said my pregnancy was not my husband’s, that I should bring the man who impregnated me.”

The schoolteacher said she and her husband later sued the police for rights violation and Justice Mohammed Idris then of the Federal High Court in Lagos ordered the police to pay them N2m in damages.

She said they also won on appeal in 2020 but the police refused to obey the court order.

The panel said it would summon the accused policemen to respond to the allegations.

Some members of the panel who took one of our correspondents into confidence said everything required for the commencement of the sitting had been put in place.

“We have already drawn out the procedure and an outline of how we will go about the process,” one of the panel members said.

But when contacted on Friday, the Secretary of the IPP, Mr Hilary Ogbonna, told Sunday PUNCH that the panel would decide the date for its inaugural sitting on Monday.

“By Monday, we should decide the date for the commencement of the sitting; we will let you know once we take the decision,” he said.

Ogbonna on Tuesday confirmed to one of our correspondents that the panel had received 65 petitions relating to alleged rights violation by SARS operatives from different parts of the country.

He however said on Friday that the panel had received more petitions but he could not immediately ascertain the exact number.

The 11-man panel was inaugurated by the Executive Secretary of the National Human Rights Commission, Mr Tony Ojukwu, amid moves by the Federal Government to regain time lost to the delay in acting on the report of the previous Presidential Panel on the Special Anti-Robbery Squad submitted to the President, Major General Muhammadu Buhari (retd), on June 3, 2020.

Our correspondents gathered that failure to address accumulated grievances of citizens concerning the brutal activities of SARS operatives aided the #EndSARS protests across the country.

Ojukwu said the panel would have six months to submit its report just like the state panels of inquiry established to probe into the activities of SARS as directed by the National Executive Council.

He said the NHRC would be part of the state panels of inquiry and monitor their proceedings “with a view to standardising the proceedings, and harmonising reports of all the panels at state and federal levels and submitting report with recommendations to the Federal Government for action.”    ,,