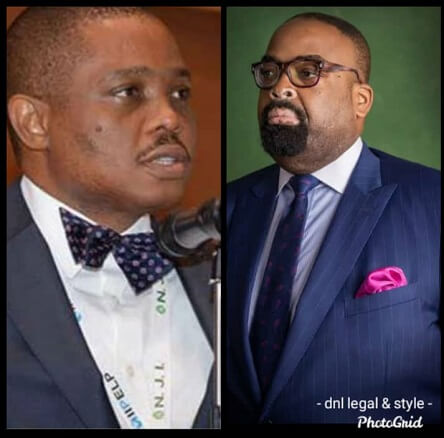 My last introspection on the forthcoming National Election of the NBA was my unsolicited suggestion to the duo of Dr. Ajibade SAN and Olumide Akpata to present a common front at the elections.  Now that the two very successful lawyers who have their primary constituency in the NBA Section on Business Law and the same NBA Branch have rejected my advise and formally thrown in their hats for the race towards the leadership of the largest Bar in Africa by picking up their nomination forms, I can only wish them the very best in the contest. Like I always say, all I have is one vote.

I must first confess that the forthcoming national elections of the NBA may not be as participatory as the election that brought in the Paul Usoro SAN led administration. There are several reasons this may be the case which I am not prepared to immediately begin to analyze. There is however a trend that has caught my attention which is the crux of this piece.

From the side of the “bar” where I stand sipping my chilled “zobo” drink, I see Olumide Akpata taking the lead in social media popularity (my most entitled opinion). Would that translate into a win at the polls? That is not my concern here. In my recent post about getting gatekeepers for the voting back-end, I had also made suggestions to those whose eyes are on the goal in the election. Not that I really want my views to matter anyway.

While quietly observing Olumide Akpata’s interesting progress, a thought came to mind: What if we have a repeat of the Mazi Afam Osigwe Saga? For those who have forgotten what went down during those episodes, let me replay a few of them.

It was during the administration led by A. B. Mahmoud SAN. The Election Committee of the NBA (ECNBA) was chaired by Professor Auwalu Hamish Yadudu. Even though the traditional “lifting of ban on campaign” had not been pronounced by the ECNBA, all contestants especially those jostling for the post of the President of the Bar  had devised means of putting themselves in the consciousness of voting members of the Bar.

Through his various activities and by pure Grace of God, Mazi enjoyed support of timing members of the Bar; especially the young lawyers who saw him as the sole voice who gave them voting rights in electoral processes at the national level of the NBA. Every social media page, platform or handle you visited you were sure to see Mazi’s foot soldiers religiously engaging the public on why Mazi should take the top seat of the NBA.

Whilst the quiet sensitization was going on, there were suspicions from some quarters that the popularity being garnered by Mazi was beginning to unsettle some members of the profession who are of the historic view that anyone who must lead the Bar must adorn a Silk.

In what appeared to be a confirmation of the suspicion, the ECNBA in a publication dated 13th June, 2018 and titled “Screening Result Sheet of the 2018 NBA National Officers Elections” cleared all the Presidential Aspirants except Mazi. The ECNBA officially communicated its position to Mazi and the three reasons given for his disqualification were:

Was the disqualification justified or a mere political permutation? The jury is still out. What I know is that a lot of lawyers were disappointed at the development. Mazi never contested in that election and the rest is now history.

Like Mazi, Akpata is not a privileged member of the inner bar. In fact, some are even spreading rumour that Akpata is not in “active legal practice”. Like Mazi, Akpata is beginning to gather the support of lawyers in the social space. Like Mazi, every social media platform, page or handle you go to, Akpata’s foot soldiers are there religiously preaching Akpata’s gospel. Like Mazi, there are suspicions that some quarters within the NBA are not comfortable with Akpata’s recent online popularity and the fact that he is not a Senior Advocate of Nigeria may terminate his ambitions of leading the Bar.

Unfortunately, I do not have any advise for Mr. Akpata on how to prepare for a reoccurence of Mazi’s saga. I however find solace in the fact that the Bar is being led by Paul Usoro SAN who has exemplified “integrity” and “transparency” and the ECNBA is led by Tawo E. Tawo SAN. I trust God that my solace would not be misplaced.

I wish the contestants success.

On to the next Presidential aspirant…