Home News “Asking the Supreme Court to Review Its Judgments is Not the... 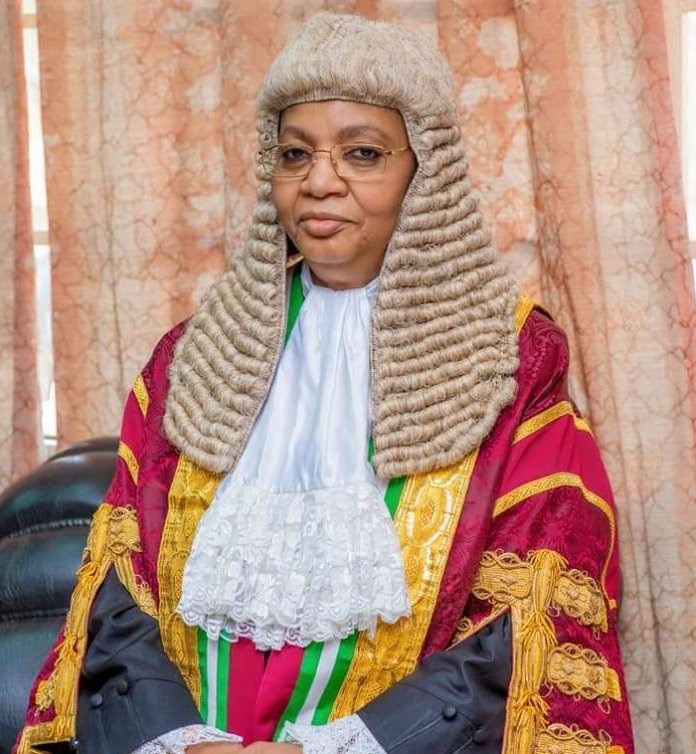 The immediate past president of the Court of Appeal, Justice Zainab Adamu Bulkachuwa, has described recent moves by some senior lawyers to get the Supreme Court to review its judgments as unconstitutional.

Justice Bulkachuwa, who described the development as unfortunate, insisted that “it is a threat to the judiciary as a whole.”

The eminent jurist, who retired from the bench on March 6, 2020, told journalists in Lagos that asking the “Supreme Court to review its judgments is unconstitutional. It’s not the law.”

She challenged those that disagree with her on the issue to point to the section of any law that back up their action.

Bulkachuwa also described the application filed by the Peoples Democratic Party (PDP) asking her to recuse herself from the panel that heard the petition against the conduct of the 2019 presidential election as misplaced.

She said: “I have been a judicial officer for 40 years and I know I have a responsibility to God. I am going to be accountable to Him one day. That’s why I try to be upright as much as possible in my judicial conduct and this is what guides me in handling any case that comes before me.

“When that issue of the presidential election petitions panel came up, I have even forgotten that my husband is a politician. I only felt that as the president of the Court of Appeal and number one in that court, I would have been the best person to handle the case and I had no doubt that I would have done justice to the case.

“But, once I was asked to recuse myself, a doubt was raised in my mind. A doubt in the sense that no matter what I do or say, I will not be seen as being impartial, so, I decided to recuse myself from the panel,” she stated.

According to her “I don’t think it is proper to allow retired justices to come in and handle election petition cases. Serving justices are under the supervision of the National Judicial Council (NJC) and I believe they will not do anything that would affect their work.

‘’But if we give the job to retired justices; then there might be problems. Who will supervise them? I also believed they will not do it the way sitting justices will do it.

Violence, Reduces the Dignity of a Woman – FIDA Rivers State