Home Opinions Assignment of Future Inventions and Patent Rights of Employees Under the Nigerian... 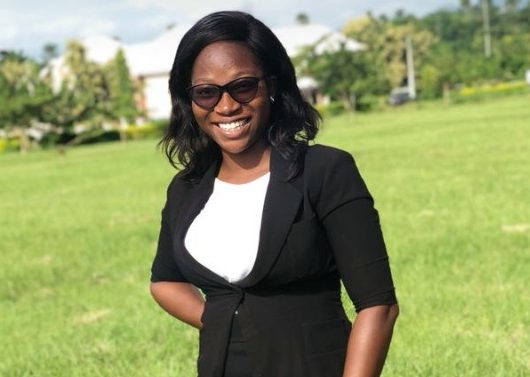 The expressed works of human intellect has, over the years, been unprotected, unduly exploited and gravely abused. Quite unfortunately, developing countries like Nigeria are yet to embrace the peculiarities and advantages embedded in the protection of intellectual property.

It should be noted that knowledge and innovation have increasingly become the drivers behind the private economic sector, particularly through intangible assets created from intellectual capital. A companys market value is now greatly dependent upon the companys intangible assets rather than its tangible assets. The rising significance of intellectual capital, particularly patents, requires the law to carefully consider how to categorize the ownership of employees innovations developed while under employment.

The question that this study seeks to answer is inherent in the legality or otherwise of an employment contract purporting to assign future inventions of employees to their employers.

The Court of Appeal in ECOBANK NIGERIA PLC V NAVY COMMODORE NGONADI [1] adopted the meaning of assignment as defined in the Blacks Law Dictionary;

The act by which one person transfers to another, or causes to vest in that other, the whole of the right, interest or property which he has in any realty or personality, in possession or in action, or any share, interest or subsidiary estate therein”

differences between assignment and novation

Notwithstanding the striking similitude between an assignment and a novation, there are notable characteristics differentiating both concepts.

Unlike assignment, novation is a transaction by which, with the consent of all parties concerned, a new contract is substituted for one that has already been made, usually because the third part is brought in place of one of the original two parties and the latter enjoys all the rights and also suffers all the liabilities of his predecessor.

Thus, the basic differences that can be drawn from the above definition are;

Furthermore, the Supreme Court, in Nigerian National Petroleum Corporation v Clifco Nigeria Limited[2], per J.A Fabiyi, , held that the requisites for novation are a previous valid obligation, an agreement of all the parties to a new contract, the extinguishment of the old obligation and the validity of the new one.

Patents are regulated in Nigeria by the Patent and Designs Act[3] Cap P2, (hereinafter referred to as PDA).

It is quite disappointing that the Act, despite being the primary legislation on patents in Nigeria, did not, in any of its provisions, give a concise meaning to the term patent.

Like other legal concepts, there is no concise definition of patent.  However, Blacks Law Dictionary has defined patent to mean a grant made by the government to an inventor, conveying and securing to him exclusive rights to make and sell his invention for a term of years.

Article 27(1) of the World Trade Organization (WTO) Trade-Related Aspects of Intellectual Property Rights Agreement (TRIPS Agreement) states that patents shall be available for any inventions, whether products or processes, in all fields of technology, provided that they are new, involve an inventive step and are capable of industrial application and shall be available and patent rights enjoyable without discrimination as to the place of invention, the field of technology and whether products are imported or locally produced.

Thus, from the above, a patent is simply defined as a legal document that describes an invention which can be manufactured, used, and sold with the authorization of the owner of the patent, and grants exclusive right on the patented invention.

Section 1(1) of the Patent and Designs Act Cap P2, LFN, 2004, sets out conditions that must be satisfied before an invention is deemed patentable. It provides inter Alia;

Subject to this section, an invention is patentable–

(a) If it is new, results from inventive activity and is capable of industrial application; or

(b) If it constitutes an improvement upon a patented invention and also is new, results from inventive activity and is capable of industrial application.

(2) For the purposes of subsection (1) of this section

(a) an invention is new if it does not form part of the state of the art;

(b) an invention results from inventive activity if it does not obviously follow from the state of the art, either as to the method, the application, the combination of methods, or the product which it concerns, or as to the industrial result it produces; and

(c) an invention is capable of industrial application if it can be manufactured or used in any kind of industry, including agriculture.

ASSIGNMENT OF FUTURE INVENTIONS UNDER THE PATENT AND DESIGNS ACT

The assignment or transfer of inventions and patent rights is generally regulated by Sec 24 of the PDA which provides in clear terms as follows;

“Subject to this section, a person’s rights in a patent application, in an application for the registration of a design, in a patent or in a registered design may be assigned, transferred by succession or held in joint ownership.

(2) An assignment under subsection (1) of this section shall be in writing and signed by the parties.

(3) An assignment or transfer by succession under subsection (1) of this section shall have no effect against third parties unless it has been registered and the prescribed fee paid.

(4) In the absence of any provision to the contrary among themselves, joint owners of a patent or registered design may separately transfer their shares, exploit the patented invention, utilize the registered design or exercise the rights conferred by section 6 or 9 of this Act, as the case may be; but a license under this Act may not be granted by joint owners otherwise than jointly.”

It is imperative to note that in accordance with the above provisions, certain criteria must be fulfilled before a patent right is assigned, transferred or held in joint ownership. They are;

The above point was further reiterated in Arewa Textiles Plc and Ors V Finetex Limited (supra) wherein the Court of Appeal per Salami JCA held that:

“The right to apply for letters of patent in respect of an invention by an assignee thereof under his own name, is not a mere moral adjuration. It is a duty under S. 24(1) of the Patents and Designs Act, to register assignment or transfer interest held in joint ownership of a patent. This is because by virtue of Section 24(1) and (3) of the Patents and Designs Act ,an assignment or transfer thereof shall have no effect against third parties unless it has been registered and the prescribed fees paid.

Thus, from the operative word application used in the above section, the assignee’s right must have first existed in the application or registration before such rights can be transferred to another.

It is also pertinent to note that the provisions of Sec 15 of the PDA, which unambiguously mandates that an application for registration of a patent must be accompanied by a specimen of the design or a photographic or graphic representation of the design with any printing block or other means of reproduction from which the representation was derived, presupposes that an invention must be in existence as at the time of the application.

Thus, a combined reading of Sections 15 and 24 of the PDA, gives the hierarchical structure of the processes of assignment, transfer or joint ownership. It is represented as follows;

It is therefore safe to argue that the wordings of the above provisions cited did not accommodate a purported assignment of an employee’s future invention. This argument is premised on the further provisions of Section 2(4) of the PDA which only recognizes the transfer of an existing invention made by an employee in the course of employment.

In the light of this, employment contracts purporting to assign future inventions and patent rights of employees, whether or not such invention will be made in the cause of employment, is void.

Even within the meaning of the word assignment, which recognizes only an existing proprietary right, a future invention cannot be legally transferred as it did not exist at the time of the contract and as such does not fall within the context of an assignment.

In connection with the above, is the latin maxim; Nemo plus iuris ad alium transferre potest quam ipse habet, which means one cannot transfer to another more rights than they have, consequently, since no patent right has been created nor vested in the assignor, no valid interest can be passed to the assignee.

There is no doubt that there is a sparse number of Nigerian judicial authorities on the assignment of patent rights in Nigeria, thus reliance will be placed on foreign authorities.

Of great importance is the celebrated case of Advanced Video Technology LLC v HTC Corporation, where the Court of Appeals for the Federal Circuit unanimously held that assignment clauses of this nature contained in employment contracts amounts to a nullity and is not enforceable.

Blessing is currently a student of the Nigerian Law School, Kano Campus. She can be reached at adebayoblessing41@gmail.com

The Court that Killed Accountability