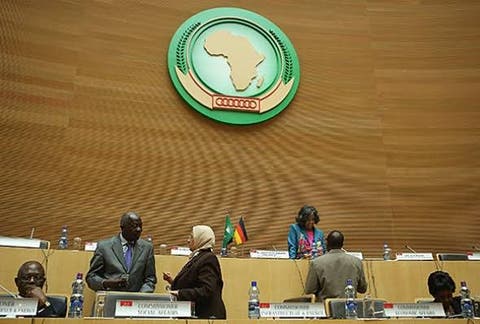 The African Union’s Court on Human and Peoples’ Rights on Friday declared illegal the arrest of homeless people during police swoops, an official source said in Nairobi, Kenya.

Police swoops are a common occurrence in major cities in the name of vagrancy and those arrested are questioned in an effort to induce them to self-incriminate.

In an advisory opinion issued following a request from the Pan African Lawyers Union (PALU), the African Court considered the compatibility of vagrancy laws with the African Charter on Women and Children’s Rights and ruled that the vagrancy laws are against the Charter.

In its request for an advisory opinion, the lawyers informed the Arusha-based Court that most African Union countries retained laws which criminalise the status of individuals as being poor and homeless as opposed to specific reprehensible acts, generally referred to as “vagrancy laws”.

According to PALU, most African countries abuse vagrancy laws to arrest and detain people even when there is no proof of criminal conduct.

PALU said the vagrancy laws were overly broad and left wide discretion on the police and other law enforcement officers as to how to enforce the law.

The Court ruled that the vagrancy laws, in their formulation as well as in their application, had criminalized poverty and poor people and promoted the discriminatory treatment of the underprivileged and marginalized people in society, which also deprived individuals of their equality before the law.

The Court also found that arrests for vagrancy-related offences, where they occurred without a warrant, were not only a disproportionate response to socio-economic challenges but also discriminatory since they targeted individuals because of their economic status.

The application of vagrancy laws often deprives the underprivileged and marginalized of their dignity by unlawfully interfering with their efforts to maintain or build a decent life or to enjoy a lifestyle of choice.

Consequently, the Court found that vagrancy laws were incompatible with the notion of human dignity as protected under the Charter.

The Court also noted that arrests and detentions under vagrancy laws were incompatible with the arrestees’ right to liberty and the security of their person as guaranteed under the Charter.

The Court ruled that arresting individuals under vagrancy laws and soliciting statements from them about their possible criminal culpability was against the principle of presumption of innocence.

The enforcement of vagrancy laws, generally, is incompatible with the right to freedom of movement as guaranteed under the Charter.

The Court found that forced relocation, which was permitted by vagrancy laws in some African countries, is also incompatible with the Charter.

It said the arrest and detentions based on vagrancy laws are incompatible with the Charter.

The Court also held that the forcible relocation of “vagrants” is incompatible with the preservation of the sanctity of the family as a basic unit of society as guaranteed under the Charter.

The lawyers Union had moved to the Arusha-based court to seek an advisory opinion on the violation of the African Charter on the Rights and Welfare of the Child also known as the Children’s Rights Charter.