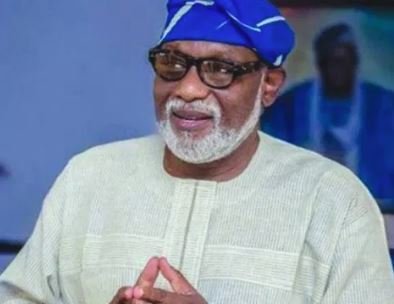 A Federal High Court in Abuja has dismissed a suit that sought to void the emergence of Governor Oluwarotimi Akeredolu as the candidate of the All Progressives Congress (APC) in the last governorship election in Ondo State.

The plaintiff, an APC governorship aspirant, who participated in the primary but lost – Nathaniel Adojutelegan – had challenged the party’s adoption of the indirect mode of primary for the selection of its candidate for the election.

In a judgment on Wednesday, Justice Okon Abang upheld the arguments by the APC and Akeredolu (listed as the first and second defendants) that the suit was statute-barred, having been filed outside the 14 days allowed under Section 285(9) of the Constitution, for the institution of pre-election cases.

Justice Abang noted that, while the cause of action arose on July 17, 2020, when the APC’s Election Committee, headed by Governor Yahaya Bello of Kogi State, announced the adoption of indirect primary, Adojutelegan chose to file his suit on August 3, 2020.

The judge, who also held that part of the issues raised in the suit were not justiciable, being pre-primary matters, relating to the internal affairs of the APC, proceeded to dismiss the suit.