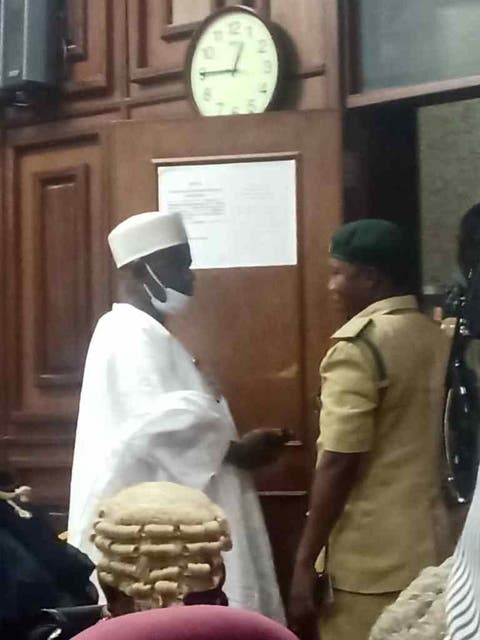 A Federal High Court in Abuja has ordered that Senator Ali Ndume (Borno South) be remanded in Kuje correctional centre.

Justice Okon Abang made the order on Monday following Ndume’s failure to produce Abdulrasheed Maina, who is standing trail before the court on money laundering charge and for whom, Ndume stood surety.

Justice Abang held that having failed to produce the Maina, who is believed to have jumped bail and having failed to show cause why he should not forfeit his bail bond, ordered that Ndume should only be released if he meets either of three conditions.

Ndume was immediately led away from the courtroom shortly after the judge’s pronouncement.