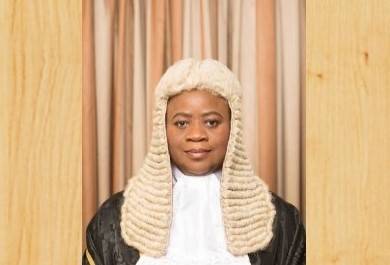 The Nigerian Senate has confirmed Justice Monica Dongban-Mensem as President of the Court of Appeal.

The confirmation of the nominee followed the presentation and consideration of the screening report of the Senate Committee on Judiciary, Human Rights and Legal Matters chaired by Senator Micheal Opeyemi Bamidele.

The committee interviewed her and received an explanation about her career, adding that the appointment of the nominee satisfies the requirements of the constitution as amended.

“Having screened the nominee and satisfied with her competence, the committee do recommend the confirmation of Monica Dongban-Mensem as the president of the court of appeal,” Bamidele said.

President Muhammadu Buhari had in a letter urged the Senate to approve the nomination of Justice Dongban-Mensem as the PCA.