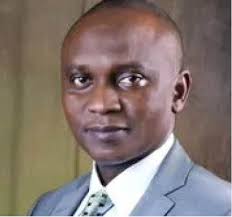 In a chat with The Nation in Abuja, he said reports by the some media houses that CAC made N56billion in two years is not true.

Garba said having a revenue target does not mean that it is realised, that CAC cannot be charged for an income that is not earned, adding that the financial statement for 2018 was submitted to the relevant agencies, but based on the financial statement, there was actually nothing to pay as there were expectations from service-oriented agencies, the commission needed money, infrastructure and staff to work.

He noted that Commission had done reconciliation with the office of the Accountant-General of the Federation for 2014-2017 and that at the end of it, N485million was accessed as  outstanding from the Commission.

“When I took over in January, N100million has already been paid, remaining a balance of N385million; the Commission has settled the balanced fully,” he said.

Again, the government has just issued a directive that every government agency is supposed to pay on account that 25 per cent of all revenue will be automatically deducted which is the operating surplus. At the end of the year, reconciliation will be carried out, if there is any difference in the Commission’s  favour then it will be factored against subsequent operation surplus. This policy came into effect in June 2020, he said, adding that over N380million has been deducted as operating surplus on account so far.

“I want to believe the committee of the National Assembly was misquoted on some issues. The issue of operation surplus is not determined by fiat, there is a law that guides agencies on how to calculate this operations surplus and agencies don’t do it alone. We have relevant government agencies like the fiscal responsibility commission and the Office of the Accountant-General of the Federation that determines based on the financial statement of every agencies how much will be paid as operation surplus,” he said.