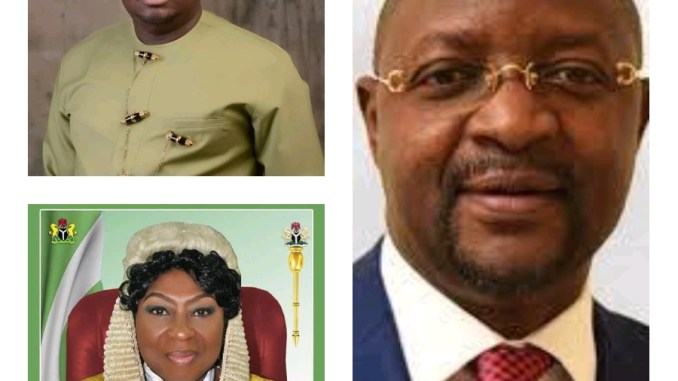 The Corporate Affairs Commission (CAC) has issued the National Youth Council of Nigeria (NYCN) with a new certificate of registration and reconstitute the new board of trustees.

CAC had in a letter with reference number COM/SPM/2020/044 dated 9th October 2020 signed by Dr Femi Ogunlade for the Registrar General addressed to the sacked Chairman, Board of Trustees titled “Re: Consent of the Board of Trustees to Northumbria Solicitors to File New Constitution of the National Youth Council of Nigeria With Corporate Affairs Commission,” revealed that it has cancelled and withdrawn the registration of the association on just and equitable ground.

The Commission in a newly issued certificate obtained by our correspondent, signed by Registrar General, A. G Abubakar dated 28th October 2020 reconstituted the trustees in line with the provision of the NYCN 2018 Constitution as amended.

NYCN new certificate partly read, ” the Trustees previously registered on the third day of November 2017 here by special resolution and with my authority, been reconstituted as follows:

Rt. Hon.Elizabeth Uyinmwen Ativie, Amb. Sukubo Sara-Igbe Sukubo and Mr Sunday Akin Dare. Given under my hand and the Common Seal of the Corporate Affairs Commission at Abuja, this Twenty- Eight day of October 2020.

As indicated in the CAC certificate of registration, the reconstituted trustees are statutory members of the Board of Trustees (BoT) as stated in Article 7, Section 7.2, Sub – Section B, C and F of the NYCN 2018 Constitution as amended.

Sub Section B stated that ” Members of the Board of Trustees shall be comprised of past Presidents and serving President of the Council, however, any Zone that has not produced a President shall for equity and fairness be allowed to nominate the nominate senior past elected officers from that Zone as representative of the Board.

ALSO READ   Suit Challenging Section 84(12) of the Electoral Act: Why NBA Appeared as Amicus curiae at the Supreme Court - Akpata

While Sub – Section Started ” the trustees shall not be more than (9) in number, which shall comprise one representative from each geo-political zone, the serving Minister in Charge of Youth Development, the President of the Youth Council and a female representative nominated by the national management committee.

Consequently, as reconstituted in the new CAC directive, the incumbent President of the Council, Amb. Sukubo Sara-Igbe Sukubo is now the Secretary of the BoT, while Hon. Sunday Akin Dare, as the serving Minister of Youth and Sports Development and Rt. Hon. Elizabeth Uyinmwen Ativie the only female former NYCN President, are statutory members of the NYCN Trustees.

Similarly, towards ensuring a full constitution of the BoT, the NYCN President and Secretary of the BoT, Amb. Sukubo has asked the Zonal structures of the Council, to immediately nominate their representatives, into the new board. He asked the Zones to Conduct their Stakeholders Meeting to Elect their Zonal Representatives in the NYCN Board of Trustees and Advisory Council.

“Inline with NYCN Constitutional Provisions, you are to Convoke, preferably before the end of 2020, an NYCN Stakeholders meeting, to elect your one zonal rep in the NYCN Board of Trustees and three two male, one female rep In the Advisory Council.” Amb. Sukubo said.

“The stakeholders meeting should comprise the following: (a) Current and Former Members of NYCN National Executive Council from the Zone; (b) Current and Former NYCN State Chairmen; (c) Founder or Leader of nationally affiliated VYOs with head-office in the zone.

The NYCN President, who is also the Secretary of the Registered Board of Trustees, says the BoT looks forward to receiving, from the zones, the names of all zonal representatives soon.