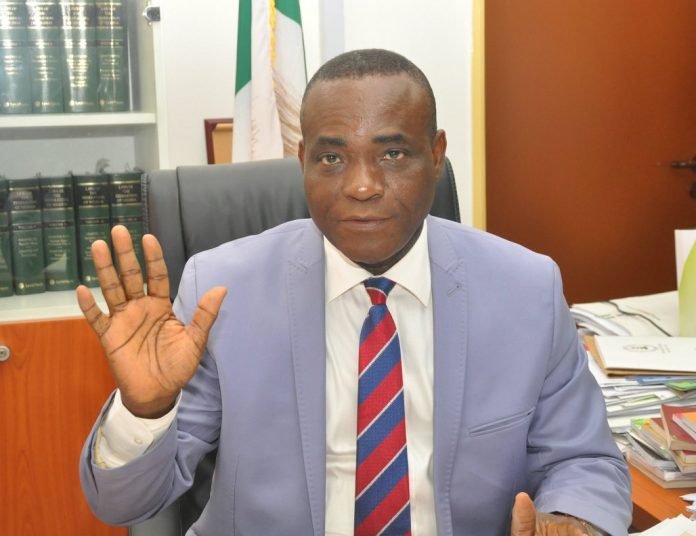 • Asks CAN, others to sponsor amendment bill
• CAN insists CAMA inimical to national interest

Former Special Adviser to the President on National Assembly matters, and Special Assistant to the President on Niger Delta Affairs, Senator Ita Enang, has said the controversial Companies and Allied Matters Act (CAMA) 2020 does not target churches and religious bodies as some Nigerians assume.

He argued that sections of the Act being disputed by religious bodies, especially Christians, were not new and had been in the 1990 Act, which was recently amended.

Christian Association of Nigeria (CAN) had recently called on President Muhammadu Buhari to suspend the implementation of the Act.

But speaking when he led a delegation on a visit to the President of CAN, Rev Dr. Samson Ayokunle, to discuss the controversial CAMA 2020 yesterday in Abuja, Enang said Buhari had no bad intention against Christianity or any other religion, adding that the Act, having become law by assent, only the National Assembly could amend it.

Enang told the CAN President the only option left was to sponsor a bill to the National Assembly to amend the Act.

He recalled that Incorporated Trustees or Law of Trust was regulated by Companies and Allied Matter Act 1990 before the National Assembly passed CAMA 2020 and the President assented to it.

He said the President had withheld assent to the amendment over disputed sections but later signed the Act into law when it seemed the conflict areas were cleared.

He argued that the Act, having become a law, could not be tampered with by the President except CAN sponsored an amendment bill to amend sections it considered offensive.

The CAN Director of Legal services, Comfort Chigbue, however, noted that from the reactions of stakeholders, it seemed the Act did not receive input from interest groups or failed to accommodate their views.

“Without prejudice to our observations, such a law ought to welcome and accommodate the sundry and varying interests of the Nigerian people,” the lawyer said.

Chigbue said CAN was mindful that comments in public domain were beginning to indicate that CAMA 2020 had the potential to undermine the faith of stakeholders in Nigeria, stressing that reactions from public officeholders had not helped matters because they were “binary in perspective and pander towards a fait accompli.”

She said, “The dominant schools of thought in the public domain hold the view that should stakeholders of the Nigerian State seek judicial intervention or amendment of the Act by the National Assembly, they shall achieve nothing much, as they consider such exercises in futility.

We must allay their fears and encourage them to exercise their democratic rights in our participatory democracy; hoping that when citizens approach these state institutions, they shall rise up to the challenge.”

“Mr. President, from the foregoing, we are of the opinion that you should kindly issue the appropriate directives to suspend the implementation of CAMA 2020 and affirm thorough reappraisal of the legislation that is in correlation with the provisions of the 1999 Constitution of Nigeria (as amended), other extant legal and policy frameworks, the national economy, national security, national interest and the well-being of the Nigerian-state.”

She lamented that the association had not been availed with the Act made up of 870 sections and sundry and complex schedules and addendum.

“We consider the Act, as indeed, a complex of statecraft compendium, laden with issues that are grossly inimical to national interest, security (- peace and stability), and overall wellbeing of the Nigerian-state,” she added.