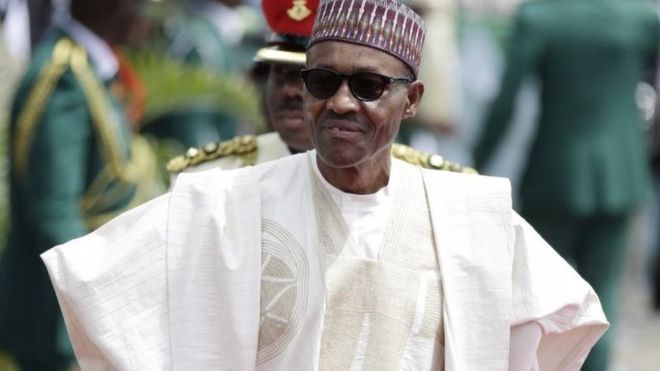 It has now become a quadrennial occurrence for the Nigerian polity to experience debates on the constitutionality or otherwise of the President’s disobedience to summons/invitation by the National Assembly to account for executive actions/inactions.  This debate largely arises from the perceived conflict between the provisions of Sections 67(1) and 89 of the Constitution of the Federal Republic of Nigeria 1999 (as amended).

Ideally, a country governed by responsible leaders would not put its citizen through the unnecessary venture of indulging in such constitutional debate, because an invitation by the apex legislative house should not be treated with levity by the President, but be rather obeyed out of respect to the sovereign will of the people. This debate has once again become very necessary given the refusal of President Muhammadu Buhari – on the advice of his Attorney General- to honour and obey an invitation by the National Assembly to come account for some executive decisions and actions.

It is necessary to clarify from the onset that any debate which involves the interpretation of the sacrosanct provisions of our precious and organic Constitution can never be otiose, moot or academic, but such debates contain live issues that can (and should) be examined by the Courts (and legal scholars) at any time. Please see the case of ARDO v INEC (2017) LPELR-41919 (SC).

Thus, proponents of the school of thought (led by the Honourable Attorney General of the Federation) who subscribe to the opinion that President cannot be summoned or compelled to attend a joint sitting of National Assembly, or of either House of the National Assembly; or that the President has a constitutional right to refuse to honour such invitation where issued, hinge their arguments on the provisions of Section 67(1) of then Constitution which provides thus:

This School of thought subscribe to the view that the use of the modal verb MAY in this section confers a discretion on the President, which he could choose not to exercise. However, this invokes the question; does the use of the word “may” in a statute or the Constitution indeed confer a discretion? Or can it be interpreted as being mandatory? The Court of Appeal acknowledged this jurisprudential dilemma in the case of AROWOSAYE V OGEDENGBE (2008) LPELR-3701 (CA) when the Noble Lord Chima Centus Nweze JCA (as he then was, now JSC), held as follows:

In the case of UDE V NWARA & ANOR (1993) LPELR-3289 (SC) the Apex Court laid down the law that the use of the word “may” in a legislation should be construed as mandatory when it imposes a duty on a public official. The Apex Court held as follows:

“I agree with Chief Umeadi that although Section 28(1) of the Law states that the lessor “may enter a suit”, “may” should be construed as mandatory i.e. as meaning “shall” or “must. I believe that it is now the invariable practice of the Courts to interpret “may” as mandatory whenever it is used to impose a duty upon a public functionary the benefit of which enures to a private citizen.” (underlining mine for emphasis).

Therefore, this writer submits that any argument that attempts to excuse the President’s disobedience to National Assembly invitations by virtue of the purported discretion conferred on him in Section 67(1) of the Constitution is not pure or absolute, but is rather standing on a shaky and greatly contested legal foundation as the modal verb “may” can be construed to connote compulsion to perform an act and not discretion.

It is trite that the draftsperson of any legislation does not use words extravagantly. Every single word in a legislation has its purpose. This writer submits that the closing phrase of Section 67(1) of the Constitution lends further credence to the interpretation that this Section only serves to confer an open and constant access on the President to attend National Assembly sittings when the President so desires. The said subsection ends with the clause “…as he considers to be of national importance.”

It is clear that it is the President who has the authority to determine what is of national importance that warrants his visitation to the National Assembly. The power conferred on the President in this Section can only be exercised for the purposes stated in this section and cannot extend to cover other purposes. The President needs not wait for an invitation from the federal legislative body before exercising this Section 67(1) power.

ALSO READ   Applying S.11 Interpretation Act to the Question of the Power of the President to Exercise Disciplinary Power of Suspension Over the CJN - Nonso Robert Attoh

The Constitution unequivocally provides in Section 5 of the Constitution that the executive powers of the Federation shall be vested in the President and may be exercised directly by him and shall extend to the execution and maintenance of this Constitution as well as all laws made by the National Assembly.

This is the fundamental principle upon which our Constitution is built. The principle of checks and balances is infused in our system of government and the Courts have always acknowledged this principle. In the case of GOVERNOR OF EKITI STATE V OLAYEMI (2016) 4 NWLR (PT. 1501) 1 @ PP. 41-42 (PARAS. G-A) RATIO 12, the Court of Appeal held thus:

“The Constitution of the Federal Republic of Nigeria, 1999 (as amended), despite of its recognition of the doctrine of separation of powers, has expressly made provisions for the legislature to exercise limited oversight functions in relation to the executive at both the Federal and State levels. So the concept and application of the concept of separation of powers under the Constitution does not give each arm of government the liberty to act without being subject to any restraint or check by another arm of government.”

This writer submits that the powers donated to the National Assembly under Section 88 and 89 of the Constitution is in conformity with this principle of checks and balances which operates as an limitation to the fundamental doctrine of separation of powers.

I have submitted so much in this article. It is perhaps neater and tidier if I summarize by way of recapitulation as follows:

Nonso Anyasi is a Dispute Resolution and Data Privacy Attorney based in Lagos and can be reached via nonsoanyasi@gmail.com.

Fight Against Corruption in Nigeria: Ten Reasons Why We Are Not Succeeding; Ten Things We Must Do If We Want to Succeed

The Recent Judgement of the FHC on the Sequence of Election:...