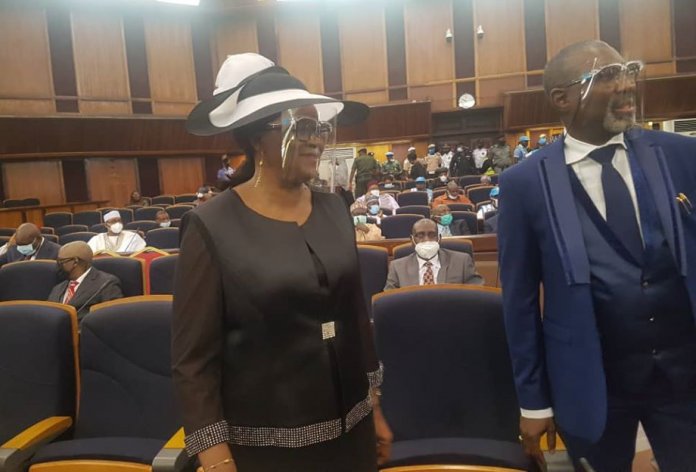 The Chief Justice of Nigeria, Justice Tanko Muhammad, has sworn in Justice Monica Dongban-Mensem as the President of the Court of Appeal.

The swearing-in ceremony held on Friday at the conference room of the CJN’s office in Abuja, the nation’s capital.

He asked the newly sworn-in appellate court president to discharge her duties to the court without fear or favour.

Justice Muhammad also advised her to work closely with presiding justices of the Court of Appeal to achieve great strides in the nation’s judicial system.

He said, “Certainly, you will see that there is no court in this country that has the number of justices that the Court of Appeal has.

After taking the oath of office, Justice Dongban-Mensem promised the CJN that she would contribute her quota to the growth of the nation’s judiciary.

On their part, Plateau State Governor, Simon Lalong, and Chairman of the House of Representatives Committee on Judiciary, Onofiok Luke, outlined their expectations from the Court of Appeal going forward.

The event had in attendance families, friends, colleagues of Justice Dongban-Mensem, as well as top government officials who stormed the venue to celebrate with her.

President Muhammadu Buhari had approved the appointment of Justice Dongban-Mensem to act as the President of the Court of Appeal from March 6, for an initial period of three months.

This followed the retirement of Justice Zainab Bulkachuwa, as well as the recommendation of Justice Muhammad in line with the provisions of Section 238(4) & (5) of the 1999 Constitution as amended.

Following the completion of the initial period, the President announced on June 8 that he had forwarded the name of Justice Dongban-Mensem to the Senate for confirmation, in line with the recommendation of the National Judicial Council.