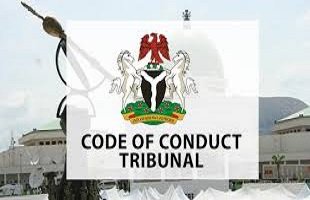 A senior director with the Code of Conduct Tribunal (CCT) is dead.

The Nation learnt Mr. Didel Justin, the Director of Maintenance died in his home easier on Thursday.

The sudden development has forced the CCT to postpone its planned resumption of sitting on Thursday.

Staff wore a mournful look when The Nation visited the CCT headquarters on Thursday.

Although none of the staff could explain how the director from Plateau State actually died, it was learnt he was at work on Wednesday.

The deceased was said to be among the CCT’s senior officials, who met on Wednesday with some lawmakers from the National Assembly, who were at the tribunal on an oversight visit.

“He looked lively yesterday when the lawmakers visited. And, he did not betray any signs of ill-health.

“We were shocked this morning when the news came that he is dead. Everyone is shattered at the moment. He was a good man,” an official said.