Home Law Student Rendezvous Contracts Tainted with Illegality: The Position under the Nigerian Law Viz a... 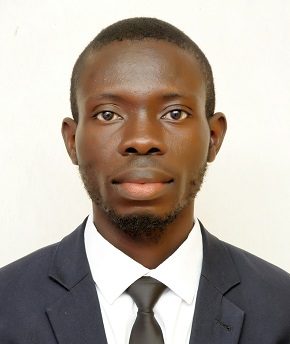 Often times, parties enter into contract in which its formation or performance may be tainted with illegality. The illegal contract is capsulated under the ancient Common Law doctrine of Exturpi Cusa non oritur Actio .  The doctrine represents the broad public policy that no person should be able to found a claim on an illegal or immoral act. This article tends to examine the consequences of an Illegal Contracts under the Nigerian Law through the lenses of decided cases by our courts. Equally an army of cases decided by the English court would be examined briefly and analysis would be drawn from the case of Patel vs Mirza, which is the current position of the law on contracts tainted with illegality under the  English Law.

What is the Illegality Doctrine?

The above  question would be best answered from the decision of Lord Mansfield in Holman v Johnson (1775) 1 Cowp 342 at 343) He said  No court will lend its aid to a man who founds his cause of action on an immoral or an illegal act. If, from the plaintiffs own stating or otherwise, the cause of action appears to arise ex turpi causa, or the transgression of a positive law of this country, there the court says that he has no right to be assisted. It is on that ground the court goes; not for the sake of the defendant, but because they will not lend their aid to such a plaintiff. So if the plaintiff and defendant were to change sides, and the defendant was to bring his action against the plaintiff, the latter would then have the advantage of it; for where both are equally in fault, potior est conditio defendentis.

It has been argued from some quarters that despite more than 240 years passing since Lord Mansfield CJs famous dictum, the passage cited above remains one of the most authoritative pronouncements on the law of illegality.This simple fact is illustrative of the profound difficulty that the doctrine has given courts across the Commonwealth.

Arguing from the lenses of the decided cases by our superior court of records in Nigeria, it can be swiftly concluded that the same position of the law does not differ under the Nigerian Law.

The Supreme Court has put it succinctly in the case of EKWUNIFE v WAYNE(WEST AFRICA) LTD [1989] 5 NWIR (PT. 122) 422 where the supreme court held that:”No Court of law or Judge has the Jurisdiction to enforce an illegal contract. The duty of a Court of law or Judge is to administer Justice according to law. Therefore, it will be a breach of that duty and the oath of office to enforce an illegal contract. None of the parties to an illegal contract is entitled to any remedy or relief from a Court of law and once a Court or Judge becomes aware of the illegality, it is the duty of the Court or Judge to stop the case and dismiss the claim for being void and unenforceable.”See also the cases of SODIPO v LEMMINKAINEN OY & ANOR (1985) 2 NSCC 1102 at 1114; OKAFOR v SOYEMI [2001] 2NWLR (PT. 698) 465; UNITRUST INSURANCE CO. LTD v. AMBICO SENDIRIAN NIG LTD (2012) LPELR – 15417 (CA); S.D.C.CEMENTATION (NIG) LTD & ANOR v NAGEL & CO LTD & ANOR [2003) 4 NWLR (PT. 811) 611.

Illegal Contract may arise as a result of a breach of statutory provisions or the contract does not fulfill the  condition  precedent prior to the formation of the contract. Generally Court would decline jurisdiction to enforce  any  right out of it .This is can be gleanced from the fact and reasons of the Supreme Court  in  the controversial and celebrated  case of  Savannah Bank (Nig.) Ltd. v Ajilo (1989) 1 NWLR (Pt.97). See also the cases of OCHEDI & ORS v. CBN & ORS( Supra), Corporate Ideal Insurance Ltd V. Ajaokuta Steel Co. Ltd & 2 Ors (2014) 2 CLRN, Fasel Service Limited and Another V  Nigerian Port Authority and another (2009)9 NWLR Pt1146)400 S.C.

Contract may be legal at formation but subsequently, its mode of performance may make it illegal. As aptly captured by Treitel in his book titled ”Trietel, The Law of Contract, Eleventh Edition (2003), Sweet & Maxwell, London, pp. 433. He is of the view that contract which is lawful in itself may be performed in a way which involves one or both parties in criminal liability.

The Position under the Nigerian Law.

Generally, court will deny its assistance where both or either of the parties intended to perform the contract in an illegal manner or to effect some illegal purpose. This stems from the judgment of  Lord Mansfield in Holman v Johnson Supra. The position of the Law has not changed in Nigeria, despite the changing in  the position of the  law under the English law. See the decisions of the courts in the above  cases.

The Current  Position under the English Law.

It has been argued from some quarters that Law  of  illegality is an area in which there are few propositions, however contradictory or counter-intuitive, that cannot be supported by respectable authorities at the highest levels.  This was confirmed by Lord Gloster LJ’s opening chapeau in Patel Vs Mirza ( [2014] EWCA Civ 1047) ‘As any hapless law student attempting to grapple with the concept of illegality knows, it is almost impossible to ascertain or articulate principled rules from the authorities relating to the recovery of money or other assets paid or transferred under illegal contracts‘.

The above expressed the difficulties encountered by the  English courts when sitting over matters tainted with illegalities.

Furthermore, Bingham LJ  (differently expressed) had elegantly been made in Saunders v Edwards [1987] 1 WLR 1116 at 1134 to the effect that the law must:steer a middle course between two unacceptable positions. On the one hand,it is unacceptable that any court of law should aid or lend its authority to a party seeking to pursue or enforce an object or agreement which the law prohibits. On the other hand, it is unacceptable that the court should, on the first indication of unlawfulness affecting any aspect of a transaction, draw up its skirt and refuse all assistance to the plaintiff, no matter how serious his loss nor how disproportionate his loss to the unlawfulness of his conduct.  See  decisions of the English courts in the following cases,where contrary to the expectations of the Counsel and their clients alleging the defence of  Illegality, the courts have held  otherwise.  St John Shipping Corpn v Joseph Rank Ltd [1957] 1 QB, Holman v Johnson (Supra), Les Laboratoires Servier v Apotex Inc [2012] EWCA Civ 593, [2013], ParkingEye Ltd v Somerfield Stores Ltd [2013] QB 840  Patel V Mirza (2016) UKSC 42.

.However, in JM Allan (Merchandising) Ltd v Cloke [1963] 2 QB 340, 348, Lord Denning MR endeavoured to rationalise the authorities by saying that active participation debars, but knowledge by itself does not.

It has been argued that the above proposition by Lord Denning did not provide a satisfactory solution to the problems faced by the English courts when sitting over matters involving illegality. For example see  the Law Commission comments in its discussion of the subject in its Consultation Paper on Illegal Transactions: the Effect of Illegality on Contracts and Trusts, LCCP 154 (1999) that the case law lacks clear guidance on what amounts to participation in this context.

The essential facts can be shortly told. Mr Patel transferred sums totalling £620,000 to Mr Mirza for the purpose of betting on the price of RBS shares, using advance insider information which Mr Mirza expected to obtain from RBS contacts regarding an anticipated government announcement which would affect the price of the shares. Mr Mirzas expectation of a government announcement proved to be mistaken, and so the intended betting did not take place, but Mr Mirza failed to repay the money to Mr Patel despite promises to do so. Mr Patel thereupon brought this claim for the recovery of the sums which he had paid. The claim was put on various bases including contract and unjust enrichment.

ALSO READ   Every Nigerian Child has the Right to Free Education: Stakeholders are Obligated to Ensure Compliance

The agreement between Mr Patel and Mr Mirza amounted to a conspiracy to commit an offence of insider dealing under section 52 of the Criminal Justice Act 1993. In order to establish his claim to the return of his money, it was necessary for Mr Patel to explain the nature of the agreement. see paragraphs 11 -12 of Lord’s Toulson’s Judgment.

After the UK’s Supreme Court’s consideration and examination of all the cases involving illegality and  decisions of court from other common law jurisdictions, unanimously dismissed the appeal.

The principles that formed the decision of the Court.

For full discussion of the principle of Range of Factors, see paragraphs 93 of Patel vs Mirza ( supra).

Lord Toulson ,with whom Lady Hale, Lord Kerr, Lord Wilson and Lord Hodge agree concluded his decision thus :. The essential rationale of the illegality doctrine is that it would be contrary to the public interest to enforce a claim if to do so would be harmful to the integrity of the legal system (or, possibly, certain aspects of public morality, the boundaries of which have never been made entirely clear and which do not arise for consideration in this case). In assessing whether the public interest would be harmed in that way, it is necessary a) to consider the underlying purpose of the prohibition which has been transgressed and whether that purpose will be enhanced by denial of the claim, b) to consider any other relevant public policy on which the denial of the claim may have an impact and c) to consider whether denial of the claim would be a proportionate response to the illegality, bearing in mind that punishment is a matter for the criminal courts. Within that framework, various factors may be relevant, but it would be a mistake to suggest that the court is free to decide a case in an undisciplined way. The public interest is best served by a principled and transparent assessment of the considerations identified, rather by than the application of a formal approach capable of producing results which may appear arbitrary, unjust or  disproportionate.

The above decision tends to accord with  logical reasoning.

Conclusion and Recommendation for the Nigerian Courts.

It can be swiftly argued that, the court under the English Law would hesitate in refusing to enforce any right arising out of an illegal contract.

It is highly  recommended with due respect that Nigerian Courts  should not swiftly decline their assistance to a party simply  because of its involvement in the illegal contract ( transaction) without putting into consideration the propositions espoused by Lord Toulson in Patel V Mirza ( Supra).

O.T. Olamide writes from Faculty of Law, Ahmadu Bello University, Zaria, Kaduna State. He can be contacted via olaniyitimothyolamide@gmail.com or 0814485631 Re: 2018 LAWSAN National Legislative Summit: Notice of Change of Date