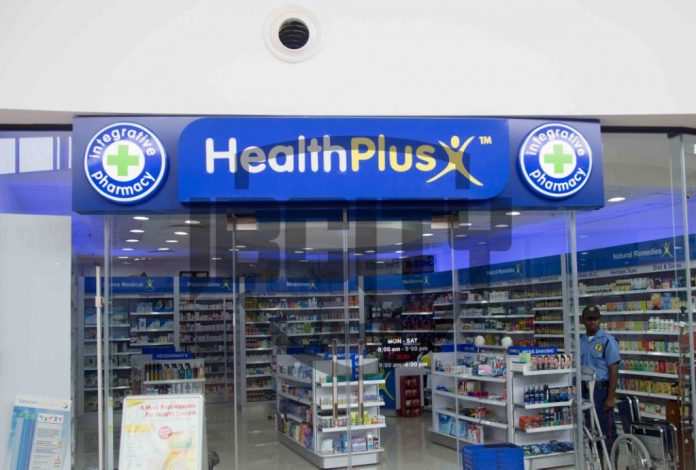 HealthPlus, owners of a chain of pharmaceutical retail stores, and Alta Semper Capital, a UK private equity firm, have been in the news recently over a corporate squabble about who holds controlling shares in the company.

Vanguard reports that the controversy began when the equity partner deviated from the transaction agreements reached in March 2018.

Sources said that Alta Semper Capital agreed to invest $18 million, to be disbursed in two tranches, in the company.

At the time, HealthPlus was looking to expand operations by building a wholesale chain, invest in private label and e-commerce.

The investment was to last five years during which Bukky George, HealthPlus founder, retains the CEO role and Alta Semper acquire a stake in the company.

According to the newspaper, $10 million was paid as the first tranche of the investment with the remainder due 12 months after the release of the first.

However, the second disbursement reportedly did not come after 12 months as agreed.

Rather, Alta Semper was said to have responded in the last quarter of 2019, six months after the second tranche was due, offering $2 million saying that was the sum approved by its investment committee.

“The equity investor proposed the $2million as a convertible loan since HealthPlus was now in dire need of capital. But the loan had onerous conditionalities attached to it,” Vanguard quoted sources to have said.

“A major one was that it would be interest-free for two months after which interest at the rate of 20 percent per annum would kick in. It was also to be collateralized by 100% of the shares of George.”

George reportedly turned down the offer, requesting for straight equity.

The deadlock that occurred during negotiations was said to have affected the business as working capital became inadequate and shelves at the retail outlets became scanty.

Sources said George was forced to inject her life savings into the business to keep it afloat in addition to her family home and other personal guarantees that had already been used as collateral.

According to a previous statement released by the company, George filed a suit before the federal high court [Suit No. FHC/L/CS/609/2020] to stop Alta Semper from removing her as CEO.

In a statement, HealthPlus alleged that Alta Semper Capital failed to file any defence after being served the court processes and appealed that the parties mediate their dispute.

“They chose to frustrate the mediation process after three meetings over a three month period presumably to enable them to build some spurious case against George and file an arbitration claim in England, which they hope will be a favourable venue to seal their wrongful and unlawful acts,” it said.

Vanguard quotes sources as saying the PEF’s inability to disburse the second tranche is due to the terms of the agreement it signed with its own fund providers, identified as the family offices of Ronald Lauder, chairman of an Estee Lauder subsidiary; and Dick Parsons, former chairman of Citigroup and chairman/CEO of Time Warner/CNN.

“The plan was for Alta Semper to raise funds from development finance institutions (DFIs) to swap with the capital from these family offices. Raising these cheaper institutional funds has been difficult to date, causing strangulation of their portfolio companies and delayed salaries of Alta Semper employees,” an investment banker was quoted to have said.

In September, the PEF announced that Chidi Okoro has been appointed HealthPlus chief transformation officer, writing a letter to the Pharmacists Council of Nigeria (PCN) to notify them of the appointment.

George has fought the appointment, explaining that the board of directors has not presented a resolution, which is said to be a major condition for a leadership change.

At present, two of the five-man board have resigned.

TheCable had earlier reported how some Alta Semper directors attempted to take over Healthlus’ accounts and get in touch with its vendors and landlords.

Vanguard reports that George’s associates have denied allegations that the company did not meet the set-out performance target is the main reason for the failure to disburse the second tranche.

Melaye was Tear Gassed before He Jumped off Police Vehicle -Ozekhome