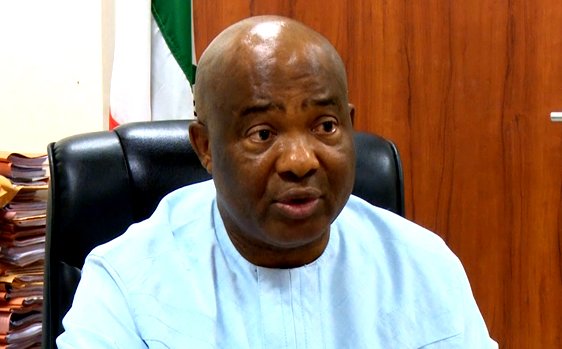 The Federal High Court Abuja has adjourned until July 20, a suit filed by Reform and Advancement Party (RAP) and its 2019 governorship candidate, Okere Kingdom, asking the court to restrain Governor Hope Uzodinma from acting as Imo governor.

When the matter was called on Wednesday, Mr Kingdom told the court that he filed an application praying the court to abridge the time within which the defendants would file their responses.

Under the rule of law, the defendants have 30 days to respond but the plaintiff told the court that he made the application for the court to abridge the time due to the urgency of the matter.

Mr Kingdom, who is also a lawyer, maintained that the matter was of constitutional importance because Uzodinma was occupying the seat of Imo governor illegally, having not participated in the 2019 election as a candidate of any political party.

All the defendants objected to the application on the grounds that they needed the time given by the constitution to respond.

Counsel to the Independent National Electoral Commission (INEC) Alhassan Umar, a Senior Advocate of Nigeria, told the court that in line with the principles of fair hearing, the defendants needed to take sufficient time as allocated by the law to respond.

He argued that the plaintiff could not take the required time to file his processes only to ask the court to abridge the time for the respondents.

The judge, Okon Abang adjourned the matter until July 20 to hear the application.

The judge also directed that hearing notices should be served on the Peoples Democratic Party (PDP) since the party was not represented in court.

RAP and its 2019 governorship candidate, Mr Kingdom, approached the court seeking judicial interpretation on whether the All Progressives Congress (APC) indeed sponsored Mr Uzodinma in the 2019 Imo governorship election.

Mr Kingdom said the suit was predicated on the judgment of the Supreme Court which affirmed Uche Nwosu as the duly nominated 2019 Imo governorship candidate of the APC.

He said that one of the issues he wanted the court to determine was whether Mr Uzodinma lawfully participated and was sponsored by the APC to contest the 2019 Imo governorship election in accordance with Section 177 (c) of the 1999 Constitution.

“This is having regard to the tenor, clear and unambiguous legal implications/consequences of the judgment of the Supreme Court of Nigeria in appeal no: SC/1384/2019 which upheld the decision of both the Court of Appeal and the Federal High Court and affirmed Uche Nwosu as the authentic and duly elected/nominated 2019 Imo State governorship candidate of the APC.”

Court Strikes Out Charges Against 57 Persons Accused of Homosexuality

Six Suspects who use Graveyard as Hideout Arraigned