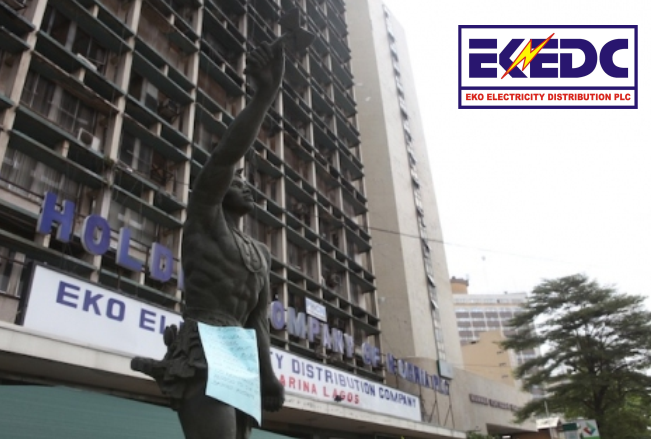 An Igbosere High Court in Lagos on Thursday awarded N1 million damages against Eko Electricity Distribution Company (EKEDC) for disconnecting a consumer over unpaid bills by former occupant of the building.

Justice Ibidun Harrison described as “unlawful” EKEDC’s refusal to connect the customer to electricity for unpaid bills consumed by a former occupant of the building.

The plaintiff/claimant, Mr Sunday Babalola, had through an originating summons, sued EKEDC for the refusal to connect his building to electricity for an outstanding bill owed EKEDC by a former occupant of the building.

While delivering the judgment, Justice Harrison said: “The court finds that the claimant who is more or less a new customer is not entitled to pay the outstanding bill consumed by the former occupant of the building, unless there is an agreement to exornorate the former landlord of the arrears.

“The refusal to connect the claimant’s building to electricity is unlawful.

“The defendant (EKEDC) can refuse to connect if the unpaid bill was consumed by the claimant.

“The court mandates the defendant to connect the claimant and he is entitled to damages.

The News Agency of Nigeria reports that the claimant had through his originating summons made by his lawyer, Mr Ademola Owolabi, made some declarations.

The Originating Summons was brought pursuant to Sections 81 and 96 of the Electricity Power Sector Reforms Act, 2005 and Section 2 of the Nigerian Electricity Regulatory Commission’s Customer Service Standard of Performance for Distribution Companies, 2007.

The claimant urged the court to declare that EKEDC had no right to refuse to connect his property at No. 7B, Brown Road, Aguda, Surulere, Ikate, Lagos to electricity unless he pays for electricity consumed on another building, at No. 2, Adenuga St., Ikate.

Babalola said that he purchased the property in July 2019 from the former landlord.

“Upon purchase of the property at No. 7B, Brown Road Aguda, I approached EKEDC to apply for prepaid meter and was told to pay for an outstanding bill of N755,000 previously owed by the former landlord.

“The defendant later asked that I pay N605, 000, when I explained that I was not the person who resided in the property when the bill was incurred.

“I promptly paid the said sum to the defendant, the defendant, however, installed prepaid meter to my property but later refused to connect me to its distribution mains, claiming that there is another bill already consumed which I must pay before they will connect my building to electricity,” Babalola said.

He, however, urged the court to declare that the N605, 000 already collected from him by the defendant which was for electricity consumed at No. 2, Adenuga St., Ikate, as a condition to connect his property at No. 7B, Brown St., Ikate, was illegal, null and void.

He also urged the court to order the defendant to connect his property at No. 7B, Brown Road to electricity.

While replying the claimant’s claims, the defendant, through its lawyer, Mr Ifeanyi Ekwo, filed a 21 paragraph-affidavit deposed to by one Mr Clement Sanyaolu, an employee of the defendant.

He averred, among other things, that the claimant was bound to clear all outstanding electricity bills on the property before he would be connected to the defendant’s distribution network.

He also averred that Brown Road and Adenuga Street are in the same location and the claimant’s building has two gates, one facing Brown Road, the other facing Adenuga Street.

He averred that the premises had the same account.