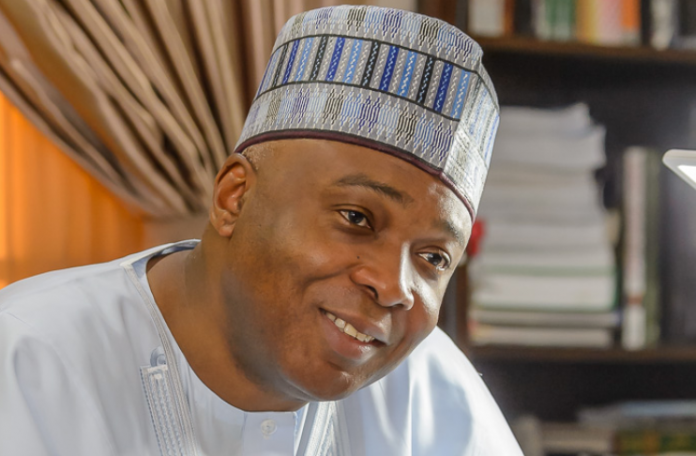 The Federal High Court, sitting in Lagos, yesterday declined the request by the Economic and Financial Crimes Commission (EFCC) to seek the final forfeiture of two properties belonging to a former Senate President, Dr. Bukola Saraki.

Justice Mohammed Liman turned down the request in a ruling over insufficient and conflicting affidavit evidence.
He held that the documents put before the court by EFCC in support of the final forfeiture order were insufficient.

The judge also held that EFCC’s documents did not establish any link showing that Kwara State Government funds were used to repay Saraki’s loan.
He asked the anti-graft agency to call its witnesses at the next adjourned date to give oral evidence to resolve the inconsistencies and contradictions in its documents.

Saraki’s lawyers would also get an opportunity to cross-examine the witnesses.
The judge, who also dismissed a preliminary objection filed by the former senate president, assumed jurisdiction to hear the suit.

He subsequently fixed September 29 for the next hearing.
In the suit, EFCC had asked the court to order the final forfeiture of Saraki’s properties to the federal government. The properties situated at 17 & 17A, McDonald Road in the Ikoyi area of Lagos.

At the last sitting of the court on March 5, EFCC counsel, Nnaemeka Omewa, who moved the application for the final forfeiture, told Justice Liman that the properties were acquired with a loan obtained from Guaranty Trust Bank and paid back by money suspected to have been diverted from the coffers of Kwara State Government.

The counsel said: “There are written statements from some officials of Kwara State Government on how the money was taken from the coffers of the state government and used to pay back the loan.”

EFCC, therefore, asked the court to look at the merit of its case, all the exhibits attached, and make an order permanently forfeiting the properties to the federal government.
However, counsel to Saraki, Kehinde Ogunwumiju, had asked the court to reject the application by EFCC.

He argued that the anti-graft agency was unable to prove that the money used to pay back the loan was acquired by any illegal activity.

Ogunwumiju also told the court that EFCC had litigated on the same properties before the Code of Conduct Tribunal, all the way to the Supreme Court and had lost.

He then asked the court to dismiss EFFC’s suit seeking the final forfeiture of the properties and rule in favour of the former senate president.

Annual Court Vacation would be Abridged in Lagos – Chief Judge