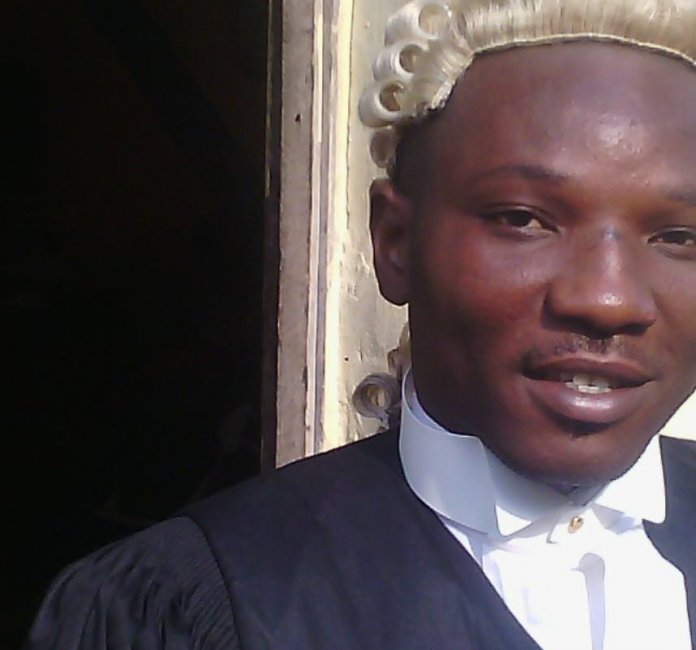 Although the lawyer did not say much about the terms of the bail as he had to attend to another matter in the court, PREMIUM TIMES learnt Justice Simon Amobeda granted the bail on health grounds.

“They are trying to perfect it (the bail), they just granted it now,” Mr Odok’s wife, Cecilia, told PREMIUM TIMES at about 12:05 p.m.

Mr Odok was arrested by the police on September 26 in Abuja and taken to Calabar by road.

The lawyer is accused of inciting some communities in Cross River against one another which the police said was capable of undermining the security of the state and punishable under The Terrorism Prevention Amendment Act, 2013.

He is also charged with cybercrime for allegedly accusing the chief of staff to Mr Ayade, Martin Orim, of being a cultist.

He pleaded not guilty to the two-count charge.

In one of his posts on the social media site in September, Mr Odok described the governor as a ‘joker”’

“Ayade keep getting it wrong with lofty projects. Why talk of Spaghetti flyover when you have not maintained or completed a single road project from your first administration?

“A man that can’t complete a single road keeps talking Super High Way, Deep Sea Port and now Spaghetti flyover. This joke is getting out of hands,” he wrote on Facebook.

Mr Ayade’s spokesperson, Christian Ita, had denied the governor’s involvement in the arrest and detention of Mr Odok.

“It’s wrong for people to describe as the governor’s critic, anyone arrested by the police. The governor does not know anything about his arrest, the police are in a better position to tell you why they have arrested him,” Mr Ita told PREMIUM TIMES.

Another critic of Governor Ayade, Agba Jalingo, is facing treason trial over a report published in his newspaper, alleging that the governor diverted N500 million belonging to the Cross River state government.

Mr Jalingo, a journalist and publisher of an online newspaper, CrossRiverWatch, is currently remanded in the Calabar prison.

Olisa Metuh has a Case to Answer – Supreme Court