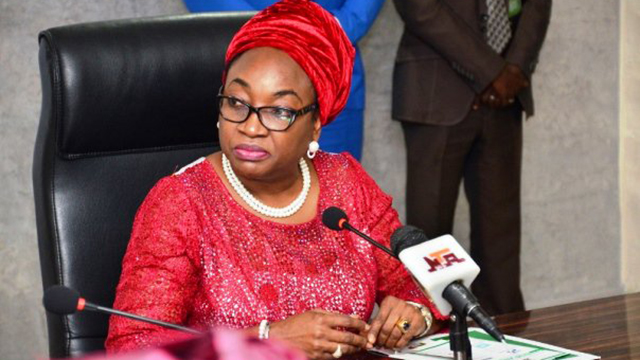 The Federal High Court in Abuja has granted the former Head of Service, Winifred Oyo-Ita bail.

The presiding judge, Justice Taiwo Taiwo on Monday granted her bail of N100m with sureties in like sum.

Justice Taiwo said that the sureties must be resident in Abuja and must be a civil servant not less than grade level 17 with property worth N100m while the other surety must show evidence of gainful employment.

He also noted that the sureties must depose to an affidavit to pay N100m in the eventuality that Oyo-Ita will be granted bail.

The two other defendants, Garba Umar and Ubonh Effiok were granted bail in the sum of N50m each.

ALSO READ   Woman, 3 others in court over sale of baby