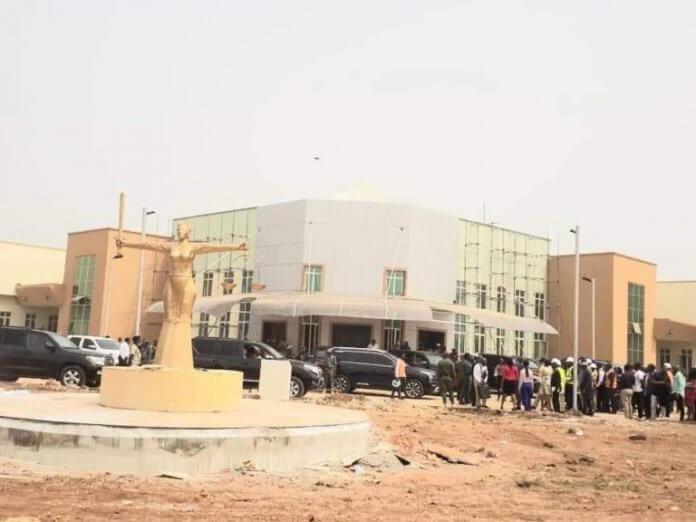 The Court of Appeal complex of the Asaba division in Delta State will be completed and inaugurated on February 3, 2020.

Governor Ifeanyi Okowa disclosed this on Tuesday after inspecting the ongoing work at the complex located at Mariam Babangida Way in Asaba.

He also expressed satisfaction with the level of work done so far on the project, noting that the court would bring relief to Deltans who previously had to travel long distances to other states to seek justice.

He said, “We were here a few weeks before the Christmas holidays to inspect this project and from what we can see now, the contractors have done very well; a lot of work has been carried out on this project.

“This project is due for inauguration on the 3rd of February which is two weeks from today.

Although I believe that there is still a few more things to be done, the contractor has given the assurance that within one week the project will be completed.

“Four states were approved to have Courts of Appeal and I am happy that we are set, everything is in place as we will meet with the date set for its inauguration.”

The governor explained that with a division of Court of Appeal in Delta, there would be speedy delivery of judgment for the people.

He added that the risk of going to other states and travelling long distances in search of justice would now be eliminated.

According to him, we are happy as a people and as a state that we are making progress in all spheres of life.

The governor also inspected the Traditional Rulers Council secretariat project where he noted that its completion would provide a conducive environment for the traditional rulers to discuss issues concerning their kingdoms.

He told the newsmen that traditional rulers had contributed a lot to the development of the state by ensuring peaceful co-existence in their domains and that giving them a befitting secretariat was important.

The Commissioner for Housing, Chief Festus Ochonogor, his Information counterpart, Mr Charles Aniagwu, the Attorney-General and Commissioner for Justice, Mr Peter Mrakpor, among others, accompanied the governor on the inspection.