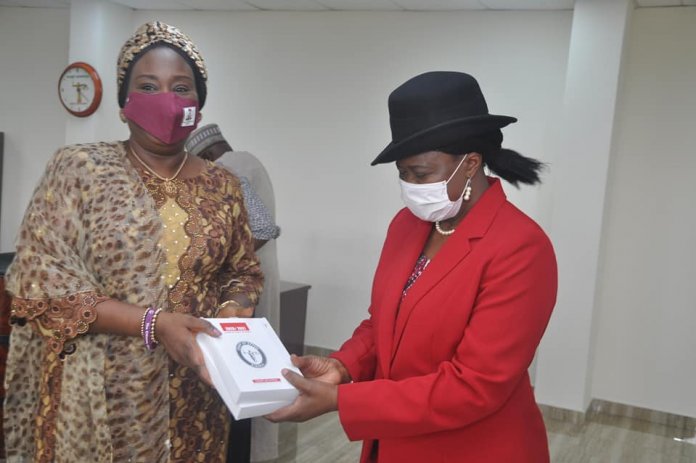 The President of the Court of Appeal, Hon. Justice Monica Dongban-Mensem, has called on Nigerians to support the education of the girl-child to ensure even development in the country.

She made the call on her conviction that education is not only the foundation of meaningful development but that through education, all problems confronting humanity would be solved.

Justice Dongban-Mensem was speaking while playing host to a delegation of Amadu Bello University (ABU) Zaria, Kaduna State and Head of Service of the Federation (HoSF), Mrs Folashade Yemi-Esan.

While receiving the ABU delegation led by Prof. Kabir Bala, the Court of Appeal President noted that Nigeria is blessed with leaders with great foresight who saw the importance of education as a tool for development.

She said: “Our founding fathers were truly leaders, who had the interest of generations they would not even see in their hearts. They planned ahead, I felt the same way when I went to Ife.

My late father used to say that education will solve every problem in the world and I think there is wisdom in that.”

While stressing her indebtedness to ABU for making her what she is today, she stated that people should not be indifferent to what is happening in schools today.

“When I went to visit two years ago, the Dean of the Law Faculty ensured that I pay all my dues and even do more. Henceforth, I will ensure that I participate in all activities and if there is any other thing I can do, get in touch with us.

While playing host to the HoSF, Justice Dongban-Mensem remarked that with conscious and concerted efforts in the education of the girl-child, the sky would be the limit for any woman who dares to dream or aspire.

She noted that a lot of women including the HoSF and herself have proven what women can do if given the opportunity.

While thanking Mrs Yemi-Esan for the visit as it afforded her the opportunity to draw from her wealth of experience as a public office holder, she urged to rally round fellow women and give them the needed support to succeed in their chosen endeavours.

She also advised that women in position of trust should not do anything that would ‘block the chances of others’.

Earlier, the HoSF, Yemi-Esan, said she was at the office to congratulate Justice Dongban-Mensem on her appointment and confirmation as the substantive President of the Court of Appeal.

The Head of Service of the Federation who said she was glad to see women been appointed into public office, expressed confidence that Dongban-Mensem is equal to the task.

While urging women not to shy away from working hard in pursuing their ambitions, she said more support should be given to the education of the girl-child to make them useful to themselves and society in future.

While noting that there are quite a number of obstacles that needed to be overcome by the country in the education of the girl child, she however decried the increase in rape and other gender-based violence in the country.

“Rape is a sad thing, it should not be tolerated at all. Quite a number of people who engage in the act need mental attention,” she said.