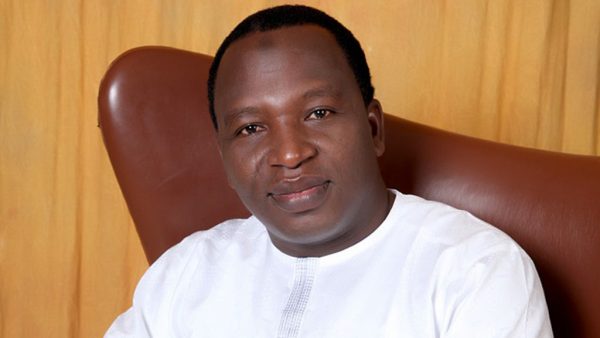 The Court of Appeal in Abuja, on Friday, reduced the seven years jail term of a Nigerian activist convicted for falsely accusing a public official of corruption.

The appellate court reduced the jail term to two years.

Ibrahim Wala, popularly called I G Wala, was jailed on April 15, 2019, by Justice Yusuf Halilu of the High Court of the Federal Capital Territory (FCT).

He was found guilty of falsely accusing the head of a pilgrim commission of corruption and leading a protest against the official.

Mr Halilu found Mr Wala guilty on three of the four charges filed against him by the Inspector General of Police and the Attorney General of the Federation.

The three charges for which he was found guilty include unlawful assembly, public incitement and criminal defamation of character.

The judge, however, dismissed the charge of criminal intimidation for lack of merit.

The activist was arraigned following a petition filed by the chairman of the National Hajj Commission of Nigeria (NAHCON), Abdullahi Mukhtar.

In the petition, Mr Mukhtar alleged that Mr Wala used his Facebook page to incite the public against him and defame his integrity and that of the commission he heads.

The judge said the prosecution “has been able to establish the offence of making an unlawful assembly.”

He, therefore, sentenced him to seven years in prison for the offence.

The judge also found Mr Wala guilty of public incitement, an offence contrary to section 114 of the penal code which deals with the breach of public peace.

He sentenced him to three years in prison for the offence.

Mr Yusuf also agreed with the prosecution that Mr Wala criminally defamed Mr Mukhtar after he alleged that the NAHCON boss “made N3 billion for himself” from the 2017 Hajj operations.

The judge said Mr Wala wrote on his Facebook page that he has documents to prove the allegation.

He, however, said the activist failed to provide the document to prove his claims in court.

“Where is the document proving N3 billion made by chairman hajj commission?

“Why has the accused person failed to tender such document now that he has been dragged before a court of law?” the judge said.

He said by his inability to provide relevant documents to prove his ‘huge allegations’, Mr Wala “has made the case of the prosecution less cumbersome”.

The judge sentenced him to two years in prison for criminal defamation.

The activist bordered his appeal on six grounds, in which he held that, “The Learned Trial Judge erred in law by convicting the Appellant for the offences of Management or Membership of unlawful society, Public incitement and Defamation when the prosecution woefully failed to prove the ingredients of the above offences.

“That the learned Trial Judge erred in law when the court assumed jurisdiction to entertain counts 4 and 5 in CHARGE NO: FCT/HC/CR/096/2018 despite the fact that the prosecuting authority is not ‘a person aggrieved’ as envisaged under Section 391 of the Penal Code Act Cap 532 LFN 1990 applicable to the Federal Capital Territory.

“The Learned Trial Judge erred in the law when he found that the prosecution has proved the offence of Defamation in spite of the absence of the evidence of third parties showing that they read the publication and by the virtue of the publication they hold nominal complaints in odium.

“The Learned Trial Judge erred in law when he found that the prosecution has proved the offence of public incitement in spite of the absence of the evidence of third parties showing that the appellant did an act intending to cause or which was likely to cause a breach of the peace or disturb the public peace.

“Therefore the verdict is unreasonable or cannot be supported having regards to the evidence.”

Delivering judgement in Mr Wala’s appeal on Friday, a three-member panel of the appellate court led by Justice Muhammed Idris, held that the jail term imposed on the activist being a first time offender, was of maximum sentence.

“We have reviewed the facts of the case and review the arguments of counsel on the issues raised and the conclusion is as follows;

“It can be grasped that the punishment imposed on the appellant was of maximum sentencing, in view of the forgoing specifically section 416(2)(d) of ACJA.

“Being a first offender, I do not think that justice would be served by imposing a maximum sentence on the appellant. The appellant is hereby sentenced as follows;

1. Two years imprisonment for the offence of public incitement under section 114 of the penal code which attracts the sentence of three years or fine or both.

2. 18 months for the offence of criminal defamation of character under section 391 and punishable under section 392 of the penal code, which attracts two years of imprisonment or fine or both