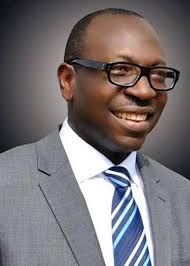 Justice Ahmed Mohammed of the Abuja Division of the Federal High Court, on Tuesday, ordered the National Rescue Mission (NRM) to paste the court processes of the suit seeking to disqualify the candidate of the All Progressive Congress (APC), Pastor Osagie Ize-Iyamu, and his running mate, Audu Ganiyu, in the September 19 governorship election in Edo State at the party’s National Headquarters located at No 40 Blantyre Street, Wuse II, Abuja.

Justice Mohammed gave the order while ruling on an ex parte application for substituted service filed by the National Rescue Movement Party that was argued by Valatine Offia.

The plaintiff is seeking the exclusion of the APC and its candidate in the forthcoming governorship poll on alleged unlawful nomination.

In the suit marked: FHC/ABJ/CS/743/2020 and filed on August 6, 2020, the plaintiffs claimed that the letter to the Independent National Electoral Commission (INEC) containing the names of Ize-iyamu and his deputy was signed by the Chairman of the Caretaker Committee of the APC instead of the party’s National Chairman and Secretary.

The defendants in the suit are the APC, INEC, Osagie Ize-Iyamu and Audu Ganiyu as 1st, 2nd, 3rd and 4th defendants respectively.

At last week’s sitting, the plaintiff had accused Ize-Iyamu and his running mate, Ganiyu, of evading service and prayed court to order service on them through the national headquarters of the APC in Abuja.

In a short ruling, Justice Mohammed ordered that the originating processes and hearing notice be served on them through the APC headquarters in Abuja.

“Having listened to the applicant counsel and carefully looked at the ten paragraphs affidavit, and an exhibit attached to the application, I am satisfied that the prayer should be granted and hereby grant the prayers,” the judge held.

He subsequently adjourned the suit to August 18 for further mention.

The plaintiff urged the court to declare that the APC has no candidates for the Edo State gubernatorial election to be held on September 19, 2020 by virtue of the non-submission of her list of candidates before the deadline on June 29, 2020.

The party therefore prayed for an order voiding the decision of INEC to include APC, Ize-Iyamu and Ganiyu as candidates in the forthcoming gubernatorial election in Edo State.

It further asked for another order disqualifying the APC, Ize-Iyamu and Ganiyu as candidates in the September 19, 2020 governorship election in Edo State.