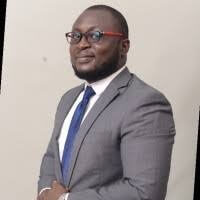 The Civil Aviation Act, 2006 remains the law regulating liabilities of airlines in Nigeria. Section 48 of the Act incorporated the Montreal Convention, 1999 and as such domesticated the articles so contained as part of our local laws regulating the operations of airlines (local and international) in Nigeria.

The Rivers State Government (“Rivers Government”) recently made an executive order in view of the COVID-19 pandemic bedeviling Nigeria and the world to tackle heads-on the spread of covid19 for the overall wellbeing of the residents of Rivers State.

While the executive order is laudable for its noble objectives, it is sought in this piece to critically examine the legality of the order and the effects of same on the aviation sector using the Caverton Helicopters Limited’s (Caverton) scenario as an example. This intended review would be anchored on the above legal foundation and other relevant laws.

The Civil Aviation Act has stated the various instances where airlines will be culpable or liable for wrongs or injuries in the sector. The instances are contained under Articles 17, 18 and 19 of the Montreal Convention. These instances are:

The carrier is liable for damage sustained in case of death or bodily injury of a passenger upon condition only that the accident which caused the death or injury took place on board the aircraft or in the course of any of the operations of embarking, disembarking.

The carrier is liable for damage sustained in case of destruction or loss of, (damage to checked baggage upon condition only that the event which caused the destruction, or loss or damage took place on board the aircraft or during any period within which the checked baggage was in the charge of the carrier. However, the carrier is not liable if and to the extent that the damage resulted from the inherent defect quality or vice of the baggage.

The carrier is liable for damage sustained in the event of the destruction or loss of, or damage to, cargo upon condition only that the event which caused the damage so sustained took place during the carriage by air. However, the carrier is not liable if and to the extent it proves that the destruction or loss of, or damage to, the cargo resulted from one or more of the following: inherent defect, quality or vice of that cargo; defective packing of that cargo performed by a person other than the carrier or its servants or agents; an act of war or an armed conflict; an act of public authority carried out in connection with the entry, exit or transit of the cargo.

The carrier is liable for damage occasioned by delay in the carriage by air of passengers, baggage or cargo. Nevertheless, the carrier shall not be liable for damage occasioned by delay if it proves that it and its servants and agents took all measures that could reasonably be required to avoid the damage or that if it was impossible for it or them to take such measures”.

The legality of the executive order

Adopting the definition posited by Okebukola and Kana in their article “Executive Orders in Nigeria as valid legislative instruments and administrative tools”, executive order “is a command directly given by the President to an executive Agency, class of persons or body under the executive arm of government. Such a command is in furtherance of government policy or Act of the Legislature . . .”.

Executive orders, usually by their nature, do not grant the application of discretion or exercise of choice or obedience.

The order of the Executive Governor of Rivers State (“the Governor”) closed entry points into the state on account of the covid19 pandemic ravaging the Country. On the strength of that executive order, the Governor ordered the arrest of two pilots of Caverton and their prosecution for allegedly breaching the order by flying expatriates into the state from their offshore base. This development throws up the issue of the legality of the executive order, and by extension, the arrest and prosecution made pursuant to it.

In the Court of Appeal decision (which still remains the law till today) in Faith Okafor V Lagos State Government & Anor (2016) LPELR – 41066 CA, a case where the government of Lagos State imposed restriction on movement over environmental sanitation (for the protection of public health, it was stated that the directive (executive order) of the Lagos State Government is not a law and that the breach of same cannot attract criminal sanctions. The arrest of the Appellant during the exercise and transport via the black – maria vehicle for violating the order was declared illegal and unconstitutional. It thus follows that the executive order issued by the Rivers State Government restricting the movement of persons into and out of the state is illegal and unconstitutional as same violates the fundamental rights to respect for the dignity of persons, their personal liberty and freedom of movement as provided under Sections 34, 35 and 41 of the Constitution of the Federal Republic of Nigeria, 1999, as amended. Viewed in the same light,, the ordering of the arrest of the pilots of Caverton is unlawful, unconstitutional and void.

The Constitution of the Federal Republic of Nigeria, 1999, as amended, remains supreme and its provisions have binding force on all persons (government inclusive) throughout the Federation. It is therefore unlawful and unconstitutional for the Governor to refrain brazenly to obey the clear provisions of the grundnorm.

Furthermore, considering the Presidential directive on the National policy of the Federal Government in respect of the pandemic which made copious exemption of some class of persons/companies by designating their service as essential (Caverton being inclusive by virtue of the letter from Nigerian Civil Aviation Authority No. NCAA/DG/FMA/36/19/53 dated April 1, 2020, to its Managing Director conveying the authorization of the Federal government for the company to provide flight services for the oil and gas sector for an initial period of 3 months), the obsolete Governor’s executive order was a direct breach of same.

The case would have been different if there were no national policy (Presidential order) and the state government makes the executive order. Again, whether the Governor will have the capacity to make such order as backed by the Quarantine Act remains another legal issue.

Legal liability under the Master/Servant relationship

The Governor got it wrong in ordering the arrest of the two pilots for flying the expatriates into Rivers State from their offshore base to their onshore base. The two pilots as employees of Caverton had carried out the flying in the normal course of their business. Being agents of a disclosed principal, the pilots should not have been liable for any infraction/breach of the executive order complained against by the Governor even assuming that the executive order was backed by law.

Article 43 of the Montreal Convention on the liability of agents and servants of a carrier provides that:

“In relation to the carriage performed by the actual carrier, any servant or agent of the carrier or of the contracting carrier shall, if they prove that they acted within the scope of their employment, be entitled to avail themselves of the conditions and limits of liability which are applicable under this Convention to the carrier whose servant or agent they are, unless it is proved that they acted in a manner that prevents the limits of liability from being invoked in accordance with this Convention”.

Nothing from the Rivers scenario showed that the pilots acted in any manner that would prevent them from the limit of the liability, if any exists at all, complained by the Governor. Even if the Governor wants to stretch the executive order, the best it could have done was to go against Caverton and join the pilots (a position which in this scenario is in the extreme).

In conclusion, the legality of the executive order of the Rivers State Government as examined above is unlawful, illegal and unconstitutional and as such same should be appealed against.

Presidential Power-Rotation is a Constitutional Necessity, an Indispensable Governance Concept to...