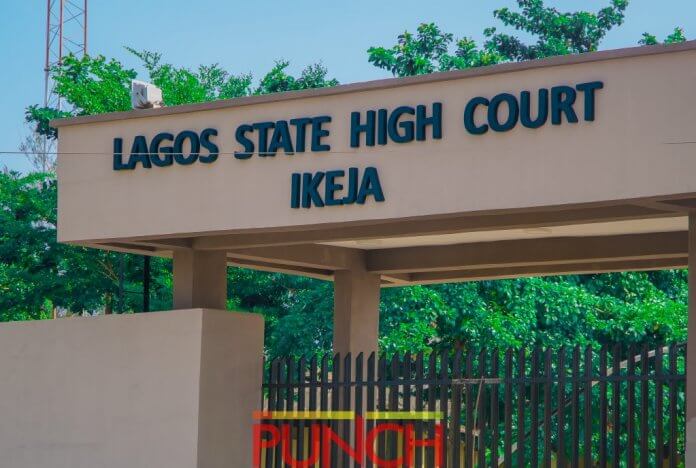 Members of the public have been barred from Lagos courtrooms as directed by the state government to curb further spread of the COVID-19 pandemic.

The News Agency of Nigeria (NAN) reports on Monday in Lagos that only legal practitioners were allowed into Ikeja High Court rooms in consonance with the state government’s distancing rules allowing 20 persons at a time.

NAN reports that many judges were unable to sit as their registrars and other staff on Grade Level 01 to 12 did not come to work in compliance with the state government’s stay at home directive for civil servants.

Mr Akin George, Deputy Director, Directorate of Public Prosecution (DPP), noted that the restriction on the activities of the courtroom had almost halted the prosecution of cases in the state.

“We really cannot do a lot of work when the foot soldiers (registrars, clerks etc) are not available.

“The restriction has really slowed down work; it is a wise decision but will be better if there is a full lock down.

“All the registrars are junior staff, all the judges keep telling us that their registrars are unavailable and they cannot sit, and that has made a terrible impact on the prosecution of cases today.

“I sent some prosecutors to court this morning and the feedback I got are that the courts are not sitting,” he said.

At the Rosemary Omotosho Courthouse, which houses the Special Offences Court and the Sexual Offences and Domestic Violence Court, stricter measures were enforced with the gate of the courthouse closed to members of the public.

At the Special Offences courtroom of Justice Sherifat Solebo, only litigants and their counsel were allowed into the courtroom.

To limit the number of persons in her courtroom, the judge’s registrar would stand outside the door of the courtroom, to read out the cause list to waiting lawyers, who are only allowed inside when their cases were called.

At Justice Oluwatoyin Taiwo’s courtroom, also a Special Offences Court, the judge was observed practicing social distancing, by limiting the number of lawyers and litigants in her courtroom, and ordering the individuals in the court to sit far apart.

Speaking to NAN on condition of anonymity, a security guard, who was wearing gloves and a protective face mask, said she was given strict orders to enforce social distancing rules.

“Only lawyers and those with cases are allowed inside. We are not allowing people who are not directly concerned with the cases inside.

“Even my lord (Justice Solebo) is not allowing just anybody into her court, because of this corona virus issue,” she said.