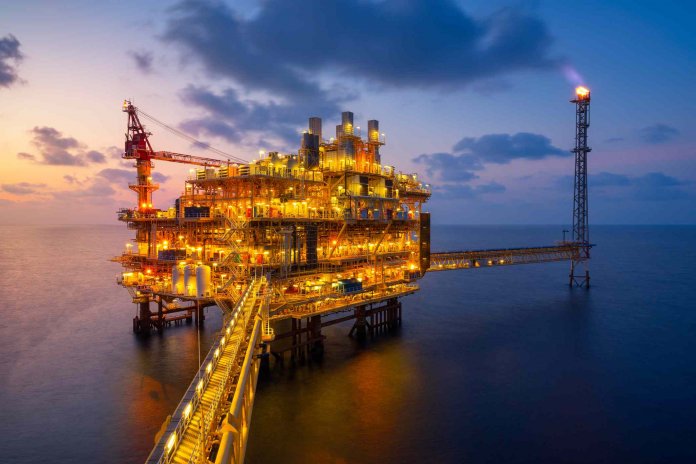 Severe Acute Respiratory Syndrome Coronavirus-2 (SARS-CoV-2) is the name given to the 2019 novel coronavirus. COVID-19 is the name given to the disease associated with the virus. As at April 9 2020, 1.5 million cases have been reported globally, more than 88,500 people have died and nearly 330,000 have recovered. In Africa there are 11,440 confirmed cases and 54 deaths with 1,405 Recoveries.

As  activities of persons across the globe ceases, the effect of human inactions becomes noticeable on the environment, To start with,  in Venice for instance, water in the canals is becoming clearer by the day, offering glimpses of fish swimming against the current., nature is having its way again. Similarly, the same story is playing out in the skies. Across the globe, levels of toxic air pollutants have dropped drastically as industries and humans activities grinds to a halt in an attempt to nip in the bud the spread of the deadly Corona virus pandemic.

The Covid-19 pandemic has clearly proven to us that humans can have a friendly and healthy environment if humans desist from polluting the atmosphere through conscious efforts.

In recent times the climatic conditions of Nigeria have been a source of worry to environmentalist. The high rise in temperature, variable rainfall, rise in sea level and flooding, drought and desertification, land degradation, more frequent extreme whether event have caused loss of biodiversity.

Climate change also affects the nature and characteristics of freshwater resources, sea level rise and extreme whether will affect the ability to fish. The viability of inland fisheries is also hampered by increased salinity and shrinking rivers and lakes.

Globally speaking the oil and gas industry operations account for 9 percent of all human-made greenhouse-gas (GHG) emissions. In addition, it produces the fuels that create another 33 percent of global emissions.

The climatic impact of the shipping industry includes air pollution, water pollution, acoustic, and oil pollution.  Ships are responsible for more than 18 percent of some air pollutants.

It also includes greenhouse gas emissions. The International Maritime Organization (IMO) estimates that carbon dioxide emissions from shipping were equal to 2.2% of the global human-made emissions in 2012 and expects them to rise from 50 to 250 percent by 2050 if no action is taken.

Vessels emit harmful pollutants to the air such as hydrocarbons, nitrogen oxidespollutants may include adverse health effects such as respiratory and cardiovascular diseases, lung damage, learning impairment and even death. Depletion of the ozone layer, damage to agricultural resources and increase in acid rain are other negative consequences, (Nox,Sox). Other sources of air pollution from shipping include the release of oxylene, toluene, xylene and other toxins from fuel vapour during loading and unloading of marine tank vessels.

Nigeria has been recognized globally as a reputable maritime nation with over 8,000 kilometers of navigable inland and coastal channels, as well as its fresh water lakes.

Nigerian economy is dependent on the export of Crude oil and Agricultural produce to earn foreign income, while other industries are dependent to a large extent, on the importation of materials needed for their consumption or production activities. Hence, the importance on Marine Transportation to Nigerian economy.

The Constitution of the Federal Republic of Nigeria does not have any direct provision for environmental protection or sustainability. Section 20 of the Constitution of the Federal Republic of Nigeria, 1999 Cap C23, LFN 2004,  provides that ‘[t]he State shall protect and improve the environment and safeguard the water, air, and land, forest and wildlife of Nigeria’. While this section refers to an environmental objective for the Nigerian state, the fact that it is under the notorious section 6 on fundamental objectives and directive principles of state policy under chapter II of the Constitution subjects the provision to the lame duck status of non-justiciable.

It is therefore settled that while the fundamental objectives and directive principles are not directly justiciable, they can be made justiciable by the National Assembly enacting implementing legislation. This position was restated in Attorney-General of Lagos State v. AGF (2003) 12 NWLR (Pt. 833) p.1 at p. 2103. where the Supreme Court considered and interpreted the Section 20 environmental provision of the Constitution. The court followed the reasoning in Attorney-General of Ondo State v. AGF (2002) FWLR (pt III) p. 1972.and held that:

“Section 20 of the 1999 Constitution is one of the sections under Chapter II. That is the Chapter confirming the Fundamental Objectives and Directive Principles of State Policy. By virtue of item 60 (a) of the Second Schedule to the Constitution, the subject matter of that section comes under the Exclusive Legislative List. It can be legislated on by the National Assembly on behalf of the Federal Republic of Nigeria”

Kalgo JSC, held in Attorney-General of Lagos State case that the main object and essence of section 20 of the 1999 Constitution is to protect the external surroundings of the people and ensure that they live in a safe and secure atmosphere free from any danger to their health or other conveniences. The Supreme court  further stated that section 20 is meant to support such laws as the Federal Environmental Protection Agency Act, the Harmful Wastes (Special Criminal Provisions) Act, the Environmental Impact Assessment, Act the National Environmental Protection (Pollution Abatement in Industries and Facilities Generating Wastes) Regulations 1991 etc. and that these laws and regulations are more in tune with section 20 of the 1999 Constitution.

Therefore section 20 of the 1999 Constitution is made Justiciable by the provisions of the following;

The Associated Gas Re-injection Act 1979 (as amended) was the statutory response to the environmental impacts of gas flare. In its recital, it is stated “ to be an Act to compel every

and detail plans for implementation of gas re-injection”.

sector in Nigeria. It established the National Oil Spill Detection and Response Agency with

responsibility for preparedness, detection and response to all oil spillages in Nigeria. It also

known as the National Control and Response Centre (NCRC).

The Kyoto Protocol is an international treaty which extends the 1992 United Nations Framework Convention on Climate Change (UNFCCC) that commits state parties to reduce greenhouse gas emissions, based on the scientific consensus that (part one) global warming is occurring and (part two) it is extremely likely that human-made CO2 emissions have predominantly caused it. The Kyoto Protocol was adopted in Kyoto, Japan, on 11 December 1997 and entered into force on 16 February 2005.

Nigeria is a signatory to the above mentioned international instruments but has not adhered to it’s principles stricto sensu.

For Nigeria to demonstrate the lessons learnt from the COVID-19 Pandemic, the following points are recommended;

Can a Garnishee Proceeding Stricto Sensu Survive During the Pendency of...

A Critical Appraisal of Juvenile Delinquency, And Overview for a Better...