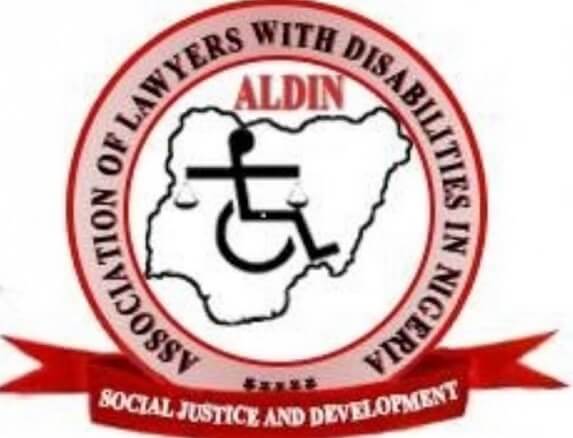 In response to a recent publication announcing that ALDIN had set up a fund raising committee for its members; NBA Ikorodu Branch decided to extend its own palliative to the ALDIN members.

Bayo Akinlade Esq, Chairman of NBA Ikorodu Branch noted that the donation was long overdue. He said that ALDIN had been marginalised for too long within NBA, besides the fact that they pay the same Bar dues and are made to compete with full able-bodied members of the legal profession.

“I am hoping that my fellow brother NBA Branch Chairmen will make a donation to ALDIN as we have done.” said Akinlade

“We have freely received so we should freely give”

ALDIN membership consist of lawyers that are visually impaired, mobility impaired, hearing impaired amongst other disabilities.

The Association continues to seek support from other lawyers and public spirited Nigerians. Below is their account details

Association of Lawyers with Disabilities in Nigeria
Zenith Bank Account No. 1015373772.

Take Welfare Of Lawyers, Particularly The Vulnerable Serious – An Open...