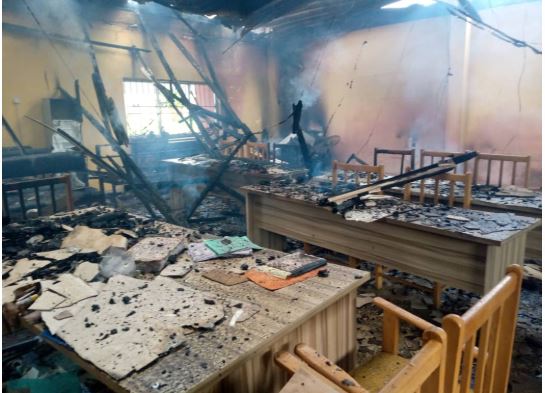 The Delta State Chief Judge, Hon Justice Marshal Umukoro has directed High Courts Nos. 2, 3, 4 and 5 in the Asaba Judicial Division which were destroyed by hoodlums during the EndSARS protest to resume temporary sitting from Monday, 23rd November, 2020 at Umuda and Ibusa High Court,  Asaba Capital Territory”

According to a press release signed by Timothy Agbaragu, High Court No.2 shall commence sitting at Umuda, Asaba, High Court while Nos, 3, 4 and 5 shall sit at Ibusa within the Asaba Capital Territory.

The press release quoting an earlier notice by the Chief Judge noted;

“In a notice issued by the Order of the Honourable Chief Judge,  the arrangement is temporary pending the completion of renovation work currently on going at the building housing the  courts at Ibusa Road, Asaba which was “wantonly vandalized by hoodlums masquerading under the EndSARS protest that took place on Thursday, 22nd October, 2020.”

The statement enjoined Legal Practitioners, Litigants, Stakeholders and the Public to take note of the development and comply accordingly