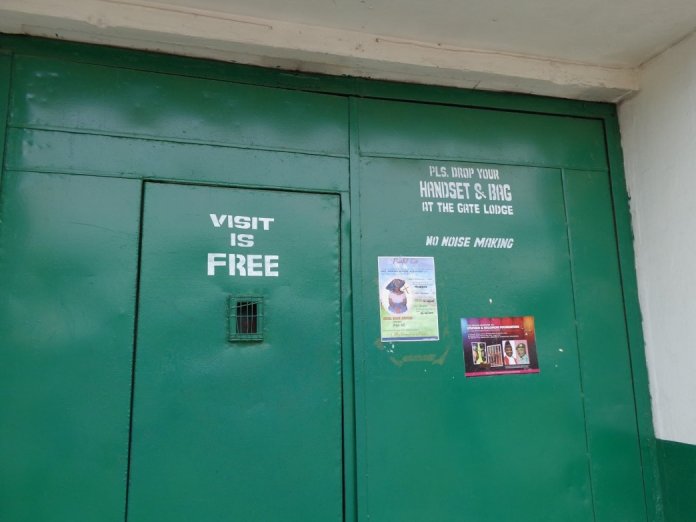 In line with its mandate to ensure that Awaiting Trial Inmates (ATMs) in Correctional Centres across the State receive adequate legal representation, the Lagos State Directorate for Citizens’ Rights, alongside representatives of the Office of the Public Defender (OPD), and Community Service Unit visited the Badagry Prison on Thursday.

Speaking on the visit, the Director, Directorate for Citizens’ Rights, Mrs. Oluwatoyin Odusanya, said the primary purpose of the official visit to the correctional centre was to ensure that Awaiting Trial Inmates receive free legal counselling and representation, adding that it is also to prevent unlawful incarceration of children under the age of 18 years old.

She said, “The Lagos State government is concerned about the high number of Awaiting Trial Inmates in prisons across the State, especially those who have been incarcerated for a long time due to their inability to afford payment for legal representation during court appearances”.

“In this regard, Governor Babajide Sanwo-Olu mandated the Directorate for Citizens’ Rights to periodically visit and intercede on behalf of such Lagosians by providing the much-needed relief and legal services at zero-cost to the inmates, irrespective of tribe, gender or religion”, she added.

Odusanya, therefore, assured the Badagry prison inmates that the Office will do everything within its power to provide them with adequate legal services, while also enjoining them to maintain decorum, truthfulness and honesty in their responses during all court appearances.

Recall that the Directorate had earlier visited the Ikoyi and Kirikiri Prisons on Tuesday, June 16 and Thursday, June 18, 2020, respectively, as part of its quarterly visits to Correctional Centres in the State.

ALSO READ   Tit Bits from Prof Akin Oyebode: 'Be You Ever so High, Yet the Law is Above You'

Law Practice in Nigeria: Then Enters A “Learned Colleague” Called “Prepaid Legal Services Limited” Even As Lawyers and the Bar Look On