Home Columns Your RIghts and You Do Policemen have Right to Search People’s Phones, Laptops?

The police have the responsibility to conduct ‘stop and search’ on any property or a personal belonging that they have reasonable suspicions that it is a subject of crime. If it is not a subject of crime, they can’t hold on to the object but the law permits the police to go to any length in their investigations or go anywhere and ask questions. If a crime is committed in Abuja or anywhere, they have the responsibility to check any property either randomly or frequently or otherwise. When you are holding a laptop and the police have reasonable suspicions that it was stolen, they have the right to check. Peoples’ vehicles are broken into and laptops are stolen; personal and corporate data are also stolen. So, how do you recover them without checking the laptops? People also burgle houses and personal possessions are carted away, so the police have the right to check and recover them if they are suspected to have been stolen.

The police can also search laptop shops where many stolen laptops and phones are often sold and through searches, the police could recover many stolen property. If a policeman demands to see your laptop, you should first ask for his identity to determine if he is a police officer because if you are in mufti and you demand to search my bag, I would need to know if you are a police officer. Secondly, you should ask the policeman why he wants to search your bag or laptop; he must tell you whether he has a complaint of stolen goods or laptop or whether a crime has been committed. But if you are in your house, the police must present a search warrant before searching your house.

They have no right to check people’s phones on the roads, streets or in their cars. People have a right to self dignity, which is a fundamental human right. Prying into people’s privacy — part of which is checking their phones and laptops — is tantamount to violating their rights to self dignity.  The police frown seriously on that.

If a policeman cannot provide answers, then he has no right to look at your phone. By the time you ask these questions, the officer will know you are well informed. However, where there is a criminal allegation that borders on cybercrime against a person, the police have right to request to look at your gadgets suspected to be tools of the crime.

The police have the authority to scrutinise the laptops of those they suspect to be criminals. The police do not just stop motorists and ask for their laptops. Something must lead to their being curious about a particular person or persons on the roads. You should also know that modern policing is intelligence-based. There are many suspected armed robbers, kidnappers or cult suspects that have been apprehended through routine checks. And if they have a cause to demand information from you if you are not criminally-minded, you have the right to furnish them with the required details they ask you. The police are human; they are not there to harm you but to protect you. Remember the work of any policeman is to safeguard our environment. If you do not help them, there is little or nothing they can do to provide the needed security for the safety of lives and property of Nigerians. If the laptop is suspected to be a stolen one or contains incriminating information or is being used for criminal purpose, yes they can search it or else it’s uncalled for. However, paucity of information is what always makes the job of policing difficult. If the citizens cooperate effectively with the police by volunteering necessary information about criminals, the country would be a better place for everybody to live and do business. I advise those travelling with laptops to hold their receipts. It will prevent unnecessary search, delay and embarrassment. The police are not to make such searches all the time except when very necessary.

No police officer, either on patrol or guard duties, has the right to go through people’s phones and laptops, except there is a specific case reported concerning such items that are under investigation. Laptops and telephones are personal and private items of their owners which may contain data and information which is personal to them, and should be treated as such. Members of the public confronted with such situations must insist on not releasing them for search but rather request to be taken to a police station where senior officers’ attention will be required.

Complaints of rights abuse by policemen, especially the junior cadre, have been on the rise before the authorities came hard on them and decided to put a stop to such illegal acts, especially on the issue of telephone search for extortion purposes by labelling the bearers of such gadgets as ‘Yahoo’ boys or girls, (because it does not exclude ladies). It was rampant,  hence the release of a statement by the Kwara State Police Command alerting members of the public to their rights to resist being exploited by any police officer.

Telephone numbers were published which they could call to report such infraction. Searching of people’s phones or laptops is an offence for which any errant police officer could be punished. The image of the police is seriously challenged by such unprofessional attitude which the police authorities are doing everything possible to eradicate, and as such little distractions like checking of telephones for the purpose of extortion cannot be accepted. Members of the public are admonished to  be ready at all times to join hands with the police authorities to discourage  some of the personnel who are still in the habit of perpetrating these embarrassing acts. Policemen are trained and are duty-bound to be civil in all their dealings with members of the public. Only in a situation of investigation involving telephone or a laptop is a policeman entitled to search a citizen’s telephone.

It has been said time without number that people’s laptops and phones are their personal properties which cannot be subjected to any form of search without the proper search warrant. People have a right to their privacy which must not be intruded into by anybody. But it must be noted that for every rule there must be an exception. It is also important to note that fundamental human rights are not absolute; there may be an occasion where such a search can be conducted urgently in order not to jeopardise investigation into a serious case.

If there is a report of a serious crime which involves the use of devices like laptops, phones or any other ICT equipment and a suspect or suspects are rounded up in such an environment, any of such devices found in their possession can be searched on the spot so as not to give them the opportunity of destroying the evidence which may eventually jeopardise the investigation and apprehension of the culprit. Also, in a case of fraud, where it is discovered that a suspect used his laptop or any other ICT equipment to siphon money from another person’s account, if such a suspect is arrested, the laptop found with him can be searched on the spot regardless of where the person was arrested.

In these types of situations, it will be difficult for the police to get a duly signed search warrant on the spot and the search is highly necessary. Aside from situations like the ones mentioned above, nobody has the right to accost anybody on the road and start violating his or her privacy.

Children With Disabilities In Nigeria: Their Right To Education And The Legality Of Street Begging 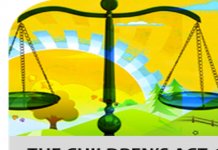 We demand justice for Nigerian burnt to death in Libya, says...