Hours after the Supreme Court sacked the governor-elect of Bayelsa State, David Lyon, and his Deputy, Biobarakuma Degi-Eremieoyo, Channels Television exclusively obtained the enrolled order of the judgement.

The judgement summary contains the nine major decisions that make up the ruling of the apex court with regards to the election.

A five-man panel of the apex court led by Justice Mary Peter-Odili on Thursday ordered the Independent National Electoral Commission to withdraw the Certificate of Return issued to the All Progressives Congress’ candidate (Lyon) as the winner of the November 16, 2019 governorship election in the state.

The Apex Court ordered INEC to issue a fresh certificate of return to the candidate of the party with the next highest votes and with the required constitutional spread of votes in the results of the election, which are the Peoples Democratic Party.

See the enrolled order below: 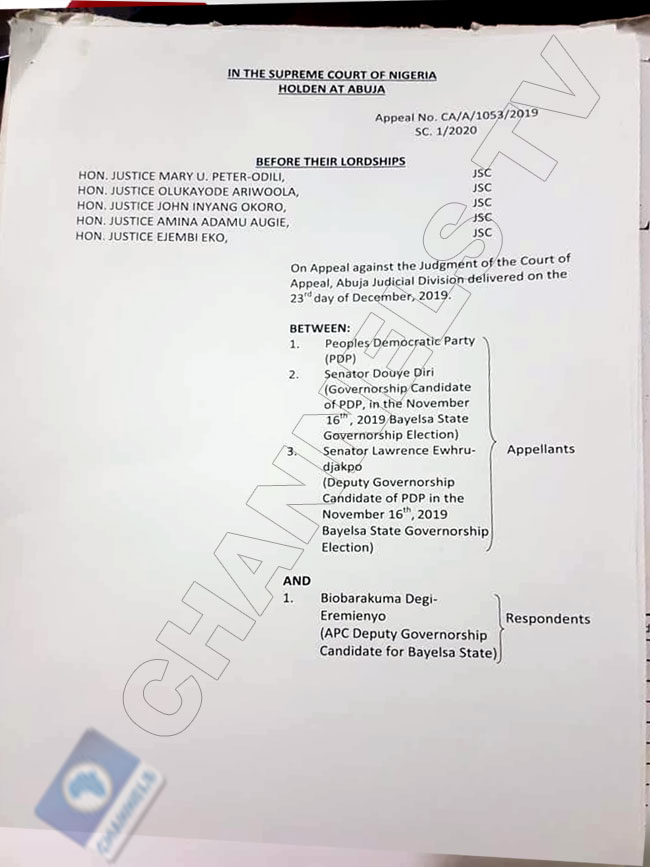 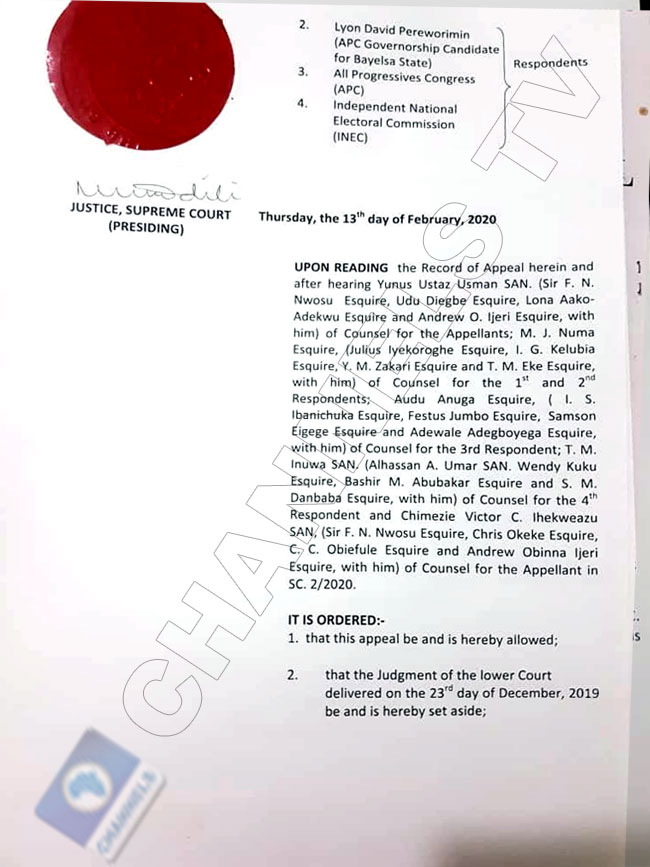