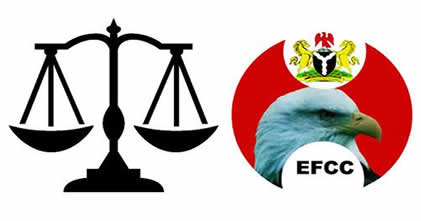 A Federal High Court sitting in Port Harcourt, Rivers State, on Wednesday, ordered the Economic and Financial Crimes Commission to pay one Mr Ubong Williams N20m as compensation for the violation of his fundamental human rights.

The court also issued an order of perpetual injunction restraining the EFCC from further arresting, harassing and intimidating Williams, pending the determination of a suit marked PHC/PH/FHR/240/2020.

The vacation court presided over by Justice Oshoma declared that the invasion of the private residence, arrest and detention of William by the EFCC and his incessant invitation to the office of the anti-graft agency were in violation of his fundamental human rights guaranteed under sections 34 and 35 of the Nigerian Constitution.

The court ordered the EFCC publish an apology in a national newspaper to the applicant for violating his fundamental rights.

Justice Oshoma also declared that forceful entry into the home of William by operatives of the EFCC and the destruction of his property were in breach of his fundamental rights.

Speaking to journalists outside the courtroom, the counsel for the applicant, Andem Andem, said the court reaffirmed the fact that it existed to deliver justice and check the excesses of law enforcement agencies.

Infraction of The Fundamental Rights of ‘Okada’ Riders – Chidera Nwokeke

Does The Police Have The Right To Search Through Your Gadgets?...