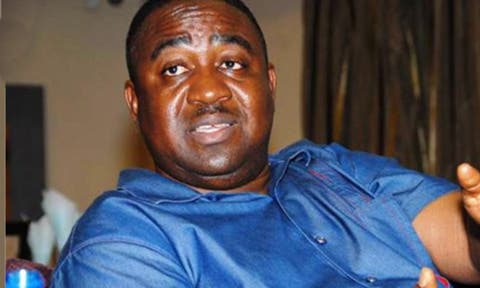 The Economic and Financial Crimes Commission on Monday re-arraigned a former Benue State Governor, Gabriel Suswam, alongside a former Commissioner of Finance, Omodachi Okolobia, on amended charges of money laundering allegations involving about N3.1bn of the state government’s fund.

The re-arraignment followed the amendment of the charges which saw the number of counts increase from nine to 11.

While some of the old counts were removed, there were some fresh ones introduced in the amended case.

The prosecution also merely tweaked the wordings of some of the old counts.

Among the fresh counts are the ones in which Okolobia was accused of transacting a total cash sum of N578m in four tranches, each of which was said to exceed the threshold of cash transactions allowed by the money laundering law.

The former commissioner allegedly committed the offences between December 2014 and January 2015.

Both Suswam and Okolobia pleaded not guilty to the amended 11 counts on Monday.

The EFCC had in 2015 charged Suswam, who currently represents Benue North-East in the Senate, along with Okolobia, on money laundering charges involving alleged diversion of a total sum of N3,111,008,018.51 belonging to Benue State.

The defendants were originally arraigned before Justice Ahmed Mohammed who had twice withdrawn from the case.

The judge withdrew from the case on June 6, 2016, citing a publication by Saharareporters which accused him of having been compromised to give Suswam a “soft landing”.

But he reversed his decision and thereafter continued hearing the case after the defence and prosecuting teams prevailed on him through the then Chief Judge, Justice Ibrahim Auta, to continue presiding over the trial.

However, following another story published by Sahara Reporters levelling similar allegation against him, the judge, in a letter dated July 5, 2019, again withdrew from the case and returned the case file to the court’s Chief Judge, Justice John Tsoho, for re-assignment to another judge.

As of that time, the prosecution had called four witnesses.

The case was then re-assigned to Justice Okon Abang of the same Abuja Division of the Federal High Court, before whom the prosecution had called four witnesses within a short period.

But the case made the second return to the Justice Mohammed following the February 19, 2020 judgment of the Court of Appeal in Abuja, which ordered Justice Abang to withdraw from it and have it transferred back to the former judge.

After the defendants were re-arraigned on Monday, the prosecuting counsel, Oluwaleke Atolagbe, informed the judge that the prosecution had following the advice of the central registry of the court, withdrawn the exhibits already tendered before Justice Abang.

He urged the judge to direct the lawyers representing various parties in the case to hold a meeting with the court’s registrars in order to sort out and return to the court’s file all exhibits that had been admitted before the case was reassigned to Justice Abang.

Although Suswam’s lawyer, Adedayo Adedeji, expressed concerns about the prosecution keeping the exhibits in its custody, he urged the judge to exercise his discretion in arriving at a decision.

But the Okolobia’s lawyer, Audi Aloga, urged the court to dismiss the prosecution’s request which he said was made to seek validation for their alleged illegal act.

UPDATE: IBA 2016 Daily News from the Annual Conference in Washington,...