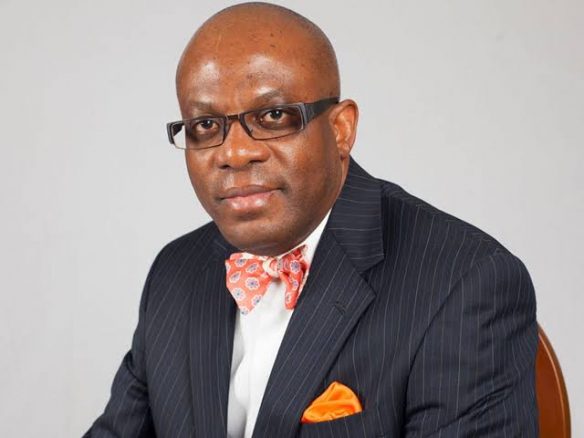 Branches of the Nigerian Bar Association in Katsina, Ikeja, Abeokuta, Kano, Port Harcourt and other major towns on Sunday said they would attend the NBA annual general meeting starting on Wednesday.

The groups, in separate interviews with our correspondents, faulted the call by the Kaduna State branch of the Muslim Lawyers Association of Nigeria for all Muslim lawyers to withdraw from the conference because of the NBA’s withdrawal of the invitation to the Kaduna State Governor, Nasir El-Rufai, who was initially one of the speakers at the meeting

But the branch of the association in Bauchi insisted on its position that it would not attend the conference if the NBA failed to rescind its decision to withdraw El-Rufai’s  invitation.

The NBA had, at its meeting on Thursday, withdrawn El-Rufai’s invitation following a petition against him by some lawyers, who cited his poor handling of killings in Southern Kaduna.

The association’s decision had generated diverse reactions with the governor’s Special Adviser on Media and Communications, Mr  Muyiwa Adekeye, in a statement on Thursday, saying it was as one-sided.

In  the statement titled, ‘Mallam El-Rufai will continue to contribute to the national conversation,’ Adekeye said the NBA took the decision without listening to the other side.

The Supreme Council for Shariah in Nigeria also faulted the NBA, saying the association’s decision was irresponsible.

But groups, including the Southern Kaduna Peoples Union and the Socio-Economic Rights and Accountability Project, lauded the NBA for standing on the side of justice.

But on Sunday, branches of the NBA differed on the call by MULAN for the boycott of the conference.

We’re attending, there are other competent persons that can be invited – Katsina NBA

The NBA in Katsina said the branch would attend the association’s annual national conference, adding that there were other people that could be invited.

“The issue of whom to invite for the  NBA conference is the prerogative of the annual general conference committee subject to the approval of the National Executive Council of the NBA.

“Governor El-Rufai was dropped because of issues concerning insecurity in Kaduna, but we believe that there are other qualified and competent personalities who are really performing and who could be invited to deliver lectures.

On his part, the  Chairman of the Osogbo branch of the NBA, Abdulraman Okunade, said personally, he was opposed to the decision of the NEC, but he would attend the conference.

Although we are part of the minority, we will attend – Kano branch

Also, the Kano branch of the association said it would attend the conference.The state  NBA chairman, Aminu Gadanya, who said this   in a telephone interview  with The PUNCH in Kano on Sunday, said, “Even though we are part of the minority, we are participating in the conference because it is binding on us.”

The Chairman of NBA, Port Harcourt branch, Prince Nyekwere, while speaking to  one of our correspondents on Sunday, also said the  branch would attend the meeting.

Reacting to a petition calling for the withdrawal of invitations to former President Olusegun Obasanjo and the Rivers State Governor, Nyesom Wike, Nyekwere said the attention of the NBA had not been brought to such a petition

On his part, the Rivers State Commissioner for Information and Communication, Pastor Paulinus Nsirim, in an interview, said, “His Excellency, the Governor of Rivers State, Barrister Nyesom Wike, does not need anybody’s permission to attend a programme of the NBA. He is a member of the body of benchers and a seasoned legal practitioner.”

The immediate past Chairman of the Abeokuta branch of NBA, Emmanuel Olualade, supported the body’s decision on El-Rufai.

Olualade, who spoke to one of our correspondents on Sunday, said he attended the NEC meeting where the resolution was made.

He explained that the way the  NBA  was structured, no branch had the power to challenge  the  resolution of the NEC ,except if the decision affected it directly.

Also, the Chairman of the Ikeja NBA, Mr Dele Oloke, said the branch had no other option but to abide by the decision of the association’s NEC on El-Rufai.

Oloke said, “For us, when NEC decides, under our constitution, only another NEC of the NBA can change it. Those who want us to re-invite Nasir El-Rufai should forget about it. Naturally, every lawyer should abide by the decision of NEC, if your wig and gown are worth the cloth with which they were sewn. And it doesn’t matter your tribe.”

El-Rufai must be re-invited to speak at conference, Bauchi branch insists

But the NBA branch in Bauchi called on its national leadership to be promoters of the rule of law and not to be driven by parochial sentiments.

In an interview on Sunday, the branch Chairman, Abubakar Abdulhamid, said the position of the group was still the same as the one in the statement it issued on Friday.

The branch in a statement by Abdulhamid, and the branch Secretary, Shansuddeen Magaji, said the NBA should be “seen as promoting the principles of the rule of law and attainment of justice to all manner of people irrespective of cultural, tribal, religious or political inclination.

The association also called on the NEC re-invite El-Rufai and apologise to its members for the “unpopular decision” of withdrawing the invitation to him.

But Chairman of the Sokoto branch, Sambo Mohammed,  in a chat  said the group would on Monday (today) decide whether it would attend the conference or not.