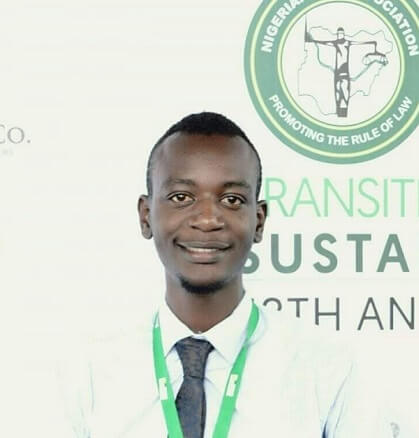 Arbitration has become very important in the business world and certainly a common feature in international and domestic commercial transactions. It is therefore not unusual to find an arbitration clause in most commercial agreements as a key component of how disputes are to be resolved[1].

The Nigerian Lawyers and African lawyers in particular, however appears to be slow at catching up with the pace of developments in Arbitration and neighbouring fields which includes mediation and negotiations.

This paper is aimed at discussing the benefits of this emerging area of law over litigation and why the Nigerian lawyer must  brace up to this area of practice which is competing to send litigation into extinction in years to come due to the slow pace of adjudication in law courts.

MEANING OF ARBITRATION AND LITIGATION

The Black’s Law Dictionary[2]  defines Arbitration to mean a dispute resolution process in which disputing parties choose one or more neutral parties to make a final and binding decision resolving the dispute .  while the Cambridge online dictionary[3] defines it as  the process of solving an argument between people by helping them to agree to an acceptable solution. Redfen and Hunter conceptualized Arbitration thus:

“The practice of arbitration therefore, comes, so to speak, naturally to primitive bodies of law and after courts have been established by the state and a recourse to them has become the natural method of settling disputes, the practice continues because the parties to a dispute want to settle them with less formality and expense than involved in a recourse to the courts”[4]

Arbitration generally means an agreement by parties to submit a dispute or disagreement to a neutral third party (ies) for amicable resolution. That neutral third party is either a sole arbitrator or a body of arbitrators, which are both referred to as an “arbitral tribunal”. The decision of the arbitral tribunal is called an “arbitral award”. An arbitral award is final, binding and not subject to appeal in respect of disputes referred and decided upon.

Litigation on the other hand refers to the process of bringing a lawsuit in court in order to enforce a particular right or dispute.

The common definition of litigation, goes as, a case, lawsuit, controversy, which is resolved by the contest of facts, interpretations and truth, under the authority of the law of the land, the Magistrate, within the court of law. Thus, on the whole, the concept of litigation can be defined to be a procedure, executed with decorum, in a court to enforce a said law or right[5].

Some historians hold that arbitration was used as a means of resolving disputes before the appearance of the court system. These historians point to records of the ancient Egyptians, Greeks and Romans to support this claim. These records indicate that in ancient times, contrary to the practice of today,  the arbitrator was generally a person known and trusted by both parties – the better known the arbitrator the more confidence the parties would have in his or her judgement.

Philip of Macedon, father of Alexander the Great, is recorded to have used arbitration to settle territorial disputes arising from a peace treaty with some of the Greek states in 337 BC[6].

The concept of Arbitration is not new in Nigeria. Before the advent of colonialism, every community in Nigeria evolve their own extra judicial method of dispute resolution with similarity in formula and process. Extra judicial settlement of dispute has always been a feature of our indigenous customary law.

The  practice of arbitration therefore, comes, so to speak, naturally to primitive bodies of law, and after courts have been established by the state and a recourse to them has become the neutral method of settling disputes, the practice continues because the parties to a dispute want to settle them with less formality and expense [7].

However with the advent of the British Colonial Government and the further amalgamation of the northern and southern protectorate of Nigeria in 1914, Nigeria became a part of the British empire and subject of the English legal system.

In 1988, the Arbitration and Conciliation Decree was enacted. This decree allowed Nigeria to adopt the Convention on the recognition and enforcement of foreign arbitral awards also known as the “New York Convention”[8].

The Arbitration and Conciliation Act CAP A18 LFN 2004 is a modification of the 1988 Ordinance.

Going to court to resolve matters has always been part and parcel of the people of Nigeria. Although this may not be in the real sense of structured court system as we have it now. There were traditional courts where traditional rules applied against parties. These parties were represented by their respective Counsel who presented their case to the umpire or council of Chiefs as the case may be[9].

The advent of colonialism brought about a lot of social-economic and political changes in Nigeria which gave rise to modernization. Disputes and resolutions became more complex and less amenable to traditional method of resolutions.

In 1863, English law was introduced in the colony of Lagos and courts were established there too. The growing complexity of commercial and political disputes at the time revealed a dire need for legally qualified persons to represent litigants in court. This birthed the Supreme Court Ordinance of 1876 that gave way to a regulated a Legal Profession as we have it today.

PROBLEMS ASSOCIATED WITH LITIGATION IN NIGERIA

Litigation in Nigeria is synonymous with delay.  A survey, conducted by the Lagos State Ministry of Justice between 2002 and 2005, revealed that it takes an average of five years to conclude a commercial lawsuit in the high court. It is believed that the use of Arbitration will eliminate half of the factors that cause delay in Nigerian courts.

Among the factors notorious for causing delay in the Nigerian courts are (1) inability of parties to bring their witnesses to court on hearing date; (2) failure of the prison to bring awaiting-trial inmates to court – often due to shortage of vehicle, faulty vehicle or lack of petrol to fuel the vehicle; (3) transfer of a partly-heard case from one judge to another, resulting in the case starting afresh before the new judge; and (4) conduct of a trial-within-trial when a defendant disowns his/her extrajudicial statement[10].

Law practice in Nigeria is not what it used to be in 1863 where most of the cases revolve round simple contracts, chieftaincy and land matters. What constitute legal practice has evolved from the traditional focus on litigation, and now includes advisory on transactions, opinion on foreign and international law, serving as umpires in Alternative Disputes Resolution proceedings et.c.

There is a global consensus that the Legal Profession in virtually all jurisdictions around the globe is presented with enormous challenges.

Rapid changes in legal services market place in the 21st century resulting from tougher economic conditions that have affected client’s businesses, new trends in the nature of legal services demanded by clients and new approaches to the engagement of the services of law firms by both businesses and Governments appear to have reshaped the dynamics of legal services and the capacity expected from legal practitioners[11].

ALSO READ   NBA’s Letter to Olanipekun; An Independent, Fair-Minded Investigation, Devoid of "Pull-Him-Down Syndrome" and "Sacred-Cow Mentality", is in the Best Interest of All

ARBITRATION TO THE RESCUE

Traditionally, we seek justice through litigation in our national courts of law. Over time, however, several countries, Nigeria inclusive, have come to accept arbitration and other alternative dispute resolution methods as legal means of resolving conflicts in contractual, business relationships.

There are also several dispute resolution centres with patronage especially in Lagos and Abuja. In Abuja, there is the Abuja Chamber of Commerce and Industry, Abuja Multi-Door Court, Janada International Centre for Arbitration and Mediation (JIKAM). In Lagos there is the Lagos Court of Arbitration.

The advantages of Arbitration over litigation cannot be over-emphasized, some of them include;

An institutional arbitration is one where a specialised institution is appointed and takes on the role of administering the arbitration process / case management.

Domestic Arbitration is a form of ADR where one or more person(s) are appointed to hear a case that takes place within one jurisdiction[14].

Every lawyer can be an arbitrator. But not all arbitrators are lawyers. Although there are several professional bodies in Nigeria that admit members and offer arbitration trainings, it is not compulsory for lawyers to undergo these special trainings before they can be appointed as an arbitrator.

For the avoidance of doubt, no section of the Arbitration and Conciliation Act[15] gives a qualification as who an arbitrator should be.

However, since arbitration usually arises from legal disputes which can be tried as civil matters.  These may include matters in dispute about real or personal property, disputes as to whether contract has been breached by one or both parties, trade disputes etc.

Going by the nature of disputes that usually give rise to arbitration, it is important that the Arbitrator is knowledgeable in procedural law and evidence. The arbitrator should also be able to evaluate argument in a fair, neutral manner and draw logical conclusions.

It is therefore only natural that lawyers take the lead in arbitrating a settlement. Lawyers are advised therefore to gain practical experience through attending trainings, shadowing experienced Arbitrators and acting as Arbitral Registrars, as well as pro bono arbitrating of small disputes[16].

If we had been told 50 years ago, that typewriters will go into extinction, we probably would have laughed it off. The early believes that a lawyer must go to court, wear wigs and gown and argue cases ferociously is no longer in tune with modern realities. Usually, the major reason why a client engages the services of a lawyer is to get the dispute resolved as fast as [possible. This is even truer for commercial transactions. No one is interested in the legalistic regalia the lawyer adorns or the open court room dramas. In the 2017/2018 legal year alone, 17,076 new cases were filed before the Federal High Court across its various divisions in the country, at the beginning of the new 2018/2019 legal year, 191,766 cases were still pending in the court[17].  The courts are being overwhelmed with cases that would have been easily disposed off through arbitration. Lawyers must therefore rise to the occasion by encouraging their clients to embrace Arbitration as a way of declogging cases pending in our various courts.

Adeniyi Aderinboye is an Abuja (Nigeria) based Legal Practitioner with legal skills in Arbitration, Litigation and Corporate Matters. (+2348064016482)

[8] The Convention on the Recognition and Enforcement of Foreign Arbitral Awards, commonly known as the New York Convention, was adopted by a United Nations diplomatic conference on 10 June 1958 and entered into force on 7 June 1959

[16] This may relate to a simple disagreement between or  two parties  in a transaction i.e rent,  sale of land.

How Nigerians go through Costly, Tortuous Walk to Justice