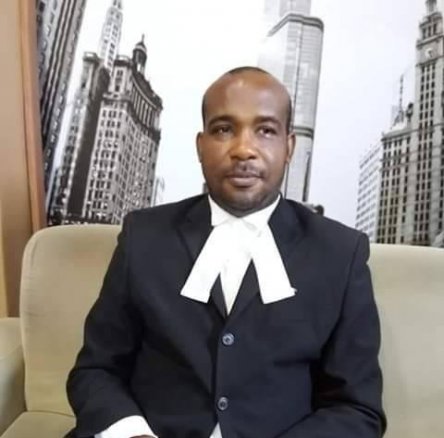 “Every person shall be entitled to his personal liberty and no person shall be deprived of such liberty save in the following cases and in accordance with a procedure permitted by law.”

After the right to life, the right to personal liberty is taken to be the most important of the all the rights granted under Chapter 4 of the Constitution. Without any shadow of doubt, the right to personal liberty is the one that is most abused, by those who are in power. Many suspects are languishing in various detention centres across the nation, without any hope for justice. It has been established that the majority of inmates in the various Correctional Centres in Nigeria are awaiting trial. It has become so easy for the law enforcement agencies, especially the police, to arrest and detain citizens at random, upon one alleged crime or the other. In some cases, they go beyond crime as the basis for arrest; cases involving civil financial obligations by the tenant are taken to the police by the landlord, and turned into a criminal complaint. Disputes over ownership of land also end up in the police station. In a particular case which I handled, the police officers were demanding for the survey plan of the land in order to determine the true owner thereof!

Gabriel Emperor Ogbonna is a Nigerian lawyer and human rights activist who has been in custody of the police and the DSS for months, despite court orders directing his release. He is based in Aba, Abia State. He has been in detention since March 24, 2020, having been arrested in his office by operatives of the Department of State Security, DSS and armed policemen. He was initially taken to the Abia State Police Command headquarters, where he was confronted with a petition written against him that he published falsehood against the Governor of Abia State to the effect that the latter swore an oath at the Ancient Harashima. He was eventually arraigned before the Magistrate’s Court and remanded in custody. The activist was later charged before the Federal High Court, Umuahia and was admitted to bail by the said court. Mr. Ogbonna perfected the conditions of his bail and was released from the Correctional Centre on April 28, 2020, but he was immediately arrested by the Abia State Director of DSS and thereafter transferred to Abuja. The story line is that the Abia State Government is allegedly behind his travails.

Mr Ogbonna was eventually tried at the Federal High Court, Umuahia in Abia State, wherein the said Court directed the production of Mr. Ogbonna but the order was flouted by the police and DSS, in Suit No. FHC/UM/CR/17/2020. Consequently, the Court, coram D.E. Osiagor, J., dismissed the charge against him and he was accordingly discharged, on June 26, 2020. Notwithstanding the said order, Mr. Ogbonna was not released. Mr. Ogbonna himself filed a civil suit, for the enforcement of his fundamental rights, in Suit No. FHC/UM/CS/40/2020, against the DSS. On June 29, 2020, the Court made the following orders, after taking arguments from counsel to the parties:

From June 29, 2020 when this order was made by the Court, it is well over a month and Emperor Ogbonna is still in the unlawful custody of the DSS. We cannot continue to carry on in this fashion, as if the country has no laws governing its affairs. Government officials, especially members of the Executive arm of government, cannot become so lawless as to totally disregard the orders of a competent court of law, as that will be promoting anarchy and chaos. Section 287 (3) of the Constitution is so very clear on this matter:

There should be no further assurance required by the DSS for the release of Emperor Ogbonna other than the orders of the Federal High Court, Umuahia, reproduced above. Whereas it is proper and desirable for law enforcement agencies to do their best to investigate, detect and prosecute crimes, for the good of society, once the court has intervened however, by way of granting an order for the release of a citizen, then such an order must be respected and must not be subverted through devious means or by subterfuge. There is no other way to describe the conduct of the DSS in keeping Emperor Ogbonna in its custody after the Court has ordered his unconditional release other than plain dictatorship and executive brigandage. When we get to the stage whereby citizens beg the government to obey court orders and to respect the rule of law, then you know that lawlessness has taken its ugly root.

Not long ago, the President signed Executive Order No.10, wherein he granted autonomy to the judiciary. It is thus improper to claim to grant autonomy to the judiciary with one hand and then take it away with another through wilful disobedience of Court orders. I call upon the President to call the Director of DSS to order, in order to avoid another scenario of what happened in the case of Omoyele Sowore. Emperor Ogbonna’s attention is needed by his pregnant wife, he also has a precarious medical history, having suffered gunshot wounds from an attempted assassination upon his life in the past. With the health challenges posed by the Coronavirus pandemic, this is not the time to embark upon indiscriminate arrest and detention of citizens. Indeed, the government only recently directed that the Correctional Centres be decongested. The DSS must obey the order of court by releasing Emperor Ogbonna unconditionally and if there be any further allegations against him, he should be charged to court, in line with the requirements of the Constitution. Surely two wrongs cannot make anything right. There is no separate court established by law for the DSS and no trial can take place in the office of the Director of DSS. Thus, if the Court established by law says Emperor Ogbonna should be released, then he has to be released. This point cannot be negotiated at all.

All law enforcement agencies, including even the military, must willingly submit themselves to civilian authority, as we are not under military rule in Nigeria presently. The Courts were created under section 6 of the Constitution to adjudicate in disputes between persons and persons and between persons and the government. The criminal charge preferred against Emperor Ogbonna by the State has since been dismissed by the Court. In addition, the Court ordered that he should not be arrested or detained upon the same facts leading to his discharge. So, the question that the DSS must answer is whether whilst he has been in unlawful custody, Emperor Ogbonna has committed another offence to warrant his continued detention or even a fresh trial? The answer of course is a capital NO, which simply means that his current detention is illegal and a total disrespect to the authority and integrity of the court.

The plight of Emperor Ogbonna only highlights what the ordinary citizen goes through in the hands of agents of the State, as if a lawyer and an activist, who is well learned, conscious of his rights and privileges, is facing such persecution and hardship, then one can best imagine what the common man goes through, in all the police stations and other detention centres across Nigeria. This is why the struggle for the freedom of Emperor Ogbonna is one that must be undertaken by every lover of justice and human rights. The freedom and liberty of any individual should not be the subject of any oppressive negotiation with the State, in order to compel the citizen to abandon his avowed beliefs and principles.

Good enough that this is coming on the heels of the election of new national officers for the Nigerian Bar Association. It is a litmus test for the new NBA Exco to take the bull by the horn and mobilize lawyers and Nigerians to free Emperor Ogbonna. It will be a good baptism of fire, for the new NBA Exco to confront the DSS and insist on respect for the rule of law and obedience to the orders of the Courts in this and all other cases. It should not be possible ever again, for any lawyer or other citizen, to be kept in unlawful custody simply because he is considered to be in the opposition or has views which are intolerable to those who are in power. This has to stop.

The President cannot sit on the fence in this matter, as the DSS and indeed all other security agencies report directly to him. It is important that the President intervenes urgently to direct immediate compliance with the order of court for the release of Emperor Ogbonna. On a number of occasions the President has stated his preference for the rule of law, so this presents a good opportunity for him to put to practice, that which he preaches often. Let Ogbonna be released, immediately and unconditionally, as directed by the Court.