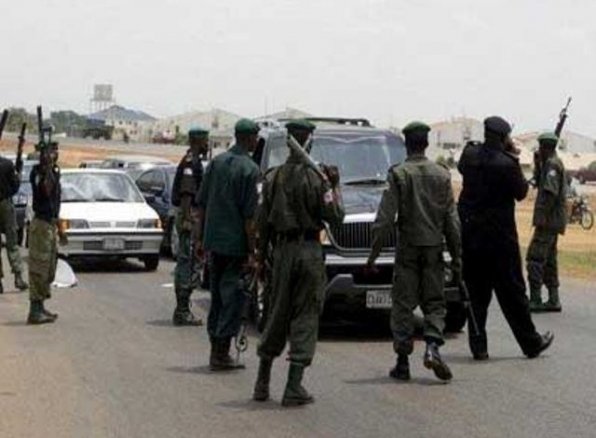 This was disclosed by the Commissioner of Police in the state, Mr Joe Nwachuwu Enwonwu while parading suspects for alleged involvement in burning of the police station at Iseyin in Iseyin Local Government Area of the state.

According to the CP, the rioters carted away police arms and ammunition and also looted many exhibits.

The police said the items recovered from them include one generator set, nine wall clock belonging to the division, one Bajaj motorcycle, one hero 125 motorcycles and one TVS motorcycle with registration number DGB 215QK.

He said, “six police officers were gruesomely murdered, five divisional headquarters, police patrol vehicles were burnt down and exhibits looted in the exhibits room with many police arms and ammunition carted away due to activities of criminal elements who capitalized on the protest to perpetrate heinous crimes”.

“The Oyo State Police Command has arrested no fewer than nine suspected arsonists and looters for allegedly attacking the divisional police headquarters, Iseyin on Thursday 22, October 2020 and thereafter setting the station ablaze under the pretext of #EndSARS protests that lingered for so many days”

The Oyo State Police Command has officially confirmed that six policemen were killed exhibit room where police arms and ammunition was looted by hoodlums who mingled with #EndSARS protesters.