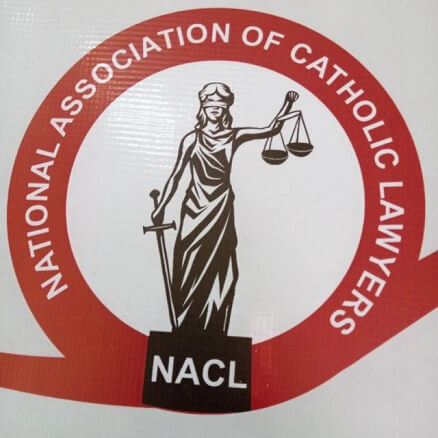 The National Association of Catholic Lawyers, (NACL), the umbrella body for catholic lawyers in Nigeria, has said the ongoing #EndSARs protest is the best form of protest anywhere in the world.

The National President of the Association Mr. Chukwuma Ezeala stated this in a statement urging the Nigerian Government to begin to immediately address the concerns of the youths.

Mr. Ezeala in his statement commended both the Nigerian Youths for the peaceful protest and the Government for exercising restraints in handling the protesters.

He said; “The National Association of Catholic Lawyers, NACL, commends the youth for the peaceful and organised way it has conducted itself in the ‘ENDSARSNOW’ protest. In the same way we commend the Government for its restraint in handling the protest. We wish to state for the records that this is one of the best forms of protest anywhere in the world.”

Speaking further, Mr. Ezeala noted that the youths have once more demonstrated their love for “our country despite the repressive and divisive system of Governance.”

“The NACL recognises the low point of the protest being that lives have been lost due to accidents and sometimes unlawful attitudes of some security agencies. May the souls of these martyrs of Good Governance rest in peace and may the Lord console their loved ones. Amen.”

There is therefore the need for both the Government and the youth to come together to begin re-building our nation Nigeria. We request that the Government begin immediately with the following:

a) Mention the names of Police Officers and men including their supervisors that have been reported with respect to the various abuses and immediately suspend them and begin their trials.

b) Setup a Fund to compensate the victims and have the ill-gotten wealth of the oppressors attached and included in the said Fund.

c) The President should address the nation and give an undertaking on behalf of the Federal Government that never again in the history of Nigeria would the Government fold its hands and allow its citizens be brazenly abused by Police, Army or any other security agency.

d) Under the Freedom of Information Act make available to Nigerians, the total emoluments and allowances of members of the National Assembly, Ministers, Permanent Secretaries and other Public Servants.