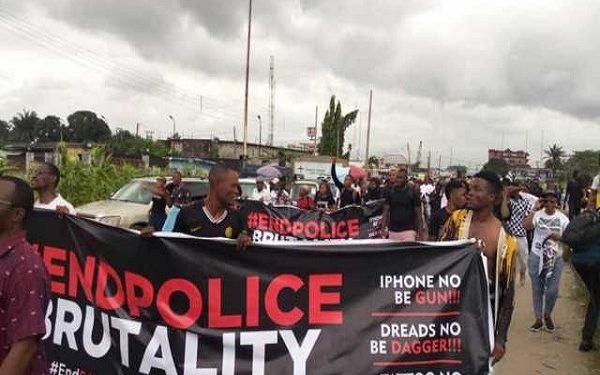 The Imo State Judicial Commission of Inquiry into Police Brutality and Related Extra Judicial Killings has frowned at the poor turn out of petitions by the people of the state who have suffered brutality in the hands of the police.

Chairman of the commission, Justice Florence Duruoha-Igwe, who disclosed that only two petitions were received by the panel, lamented that victims were not coming forward with petitions to address their problems with the police and security agencies.

She said, “I’m surprised that the bar is empty despite the publicity given to the sitting.

“We have only two petitions which is very poor. We need more petitions. Thereis need to also assure you that your security is guaranteed.

“If you do not utilize the opportunity set up by government to ventilate your anger, you won’t be helping matters.

“I don’t know why Imo State citizens don’t take things like this serious. I seriously hope that they will come and report their matters”.

On the media report that Imo has highest number of petitions in similar panel in Abuja, Justice Duruoha-Igwe said, “It doesn’t make sense that Imo people should be going to Abuja to file petitions on police brutality when we have similar panel with equal judicial powers”.

She therefore urged other victims of SARS abuse to come forward with their petitions.

According to her, the panel is independent of the government and will ensure that individuals with valid complaints of human rights violations will receive justice.

“We hope that aggrieved citizens of our state of our state will avail themselves this opportunity to ventilate their grievances.

Ours is in investigative, remedial and advisory in nature. It is important to mention that this commission, though judicial in nature, is not a court. Nobody is on trial, but we intend to unravel what transpired between the police and suspects. In the same vein, it is also our intention to find out the cause of the ill will between the officers of the law and citizens of the country. Not to do so will not bring permanent solution”, she said.

In his reaction, the Archbishop of Owerri Catholic Archdiocese, Most Rev. Anthony Obinna, commended the state government for setting up the panel, expressing hope that the government would eventually implement the report of the panel.

Obinna, who was represented by Rev. Dr. Kelvin Ugoamadi, said the major reason people were not coming up with petitions was because they have lost confidence in government.

“The problem is that our people have lost confidence in government. If you want people to follow you, you must have to build the people’s confidence.

“Imo is a state where the worst brutality is happening. The truth is that people believe that the commission is working for the government. It is your duty to prove them otherwise.

“There should be no lip service to this and whatever the people say is what should be taken to the government for action”.

The prelate also appealed for the security of the petitioners and witnesses to be guaranteed by the government while the commission lasts.

The Vice chairman of the Nigeria Bar Association, Owerri Branch, Eke Onyeforo, said the essence of the panel is to protect the children from the hands of the police and urged the people of the state to come up with petitions to address their issues.

Meanwhile, the two petitions that were attended to by the commission were adjourned to November 9, 2020 for further hearing.

“Our Legal Assistance is Free” – FIDA Warns against Unscrupulous Elements

Let the Case in Court Continue, But Let There be Peace...