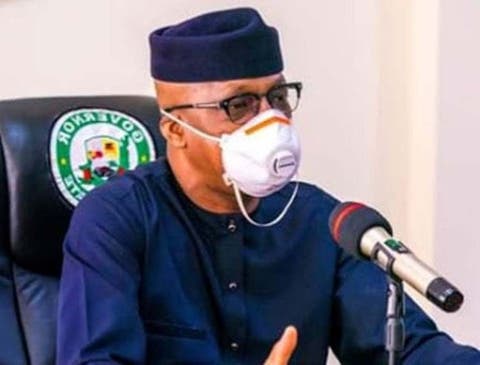 Ogun State government through the Ministry of Justice on Thursday disclosed that it has concluded arrangements to prosecute four Police officers on separate murder cases allegedly committed by them in different locations in the state.

This was disclosed by the State Governor, Prince Dapo Abiodun on his personal twitter handle monitored by Vanguard

While inviting the public to monitor the said criminal cases against defendant police officers in the State, the governor added that more cases would be added as soon as charges to be filed against the defendants were concluded.

According to the message, the affected cases are : “The State v. Inspector Wasiu Lawal – Murder trial coming up for hearing on 10 November 2020 at the Ipokia Division of the High Court of Ogun State”.

“The State v. Okoi Obi – Manslaughter trial coming up for hearing on 2 December, 2020, at the Ijebu-Ode Division of the High Court of Ogun State”.

“The State v. Inspector Niyi Ogunsoro – Murder trial at the Abeokuta Division of the High Court of Ogun State. Date of hearing to be communicated”.

“The State v. Inspector Ahmed Mohammed – Murder charge ready to be filed at the Ilaro Division of the High Court of Ogun State. Date of hearing to be communicated after filing”.

He noted that “additional cases will be added as soon as charges to be filed against defendants are concluded”.

“As noted in the attached press release, we also invite members of the public to submit petitions or information on human rights abuses by security personnel to endsarsjudicialpanel@ogunstate.gov.ng. The following numbers may also be contacted – 07080601223, 07080601224 and 07080601225”.