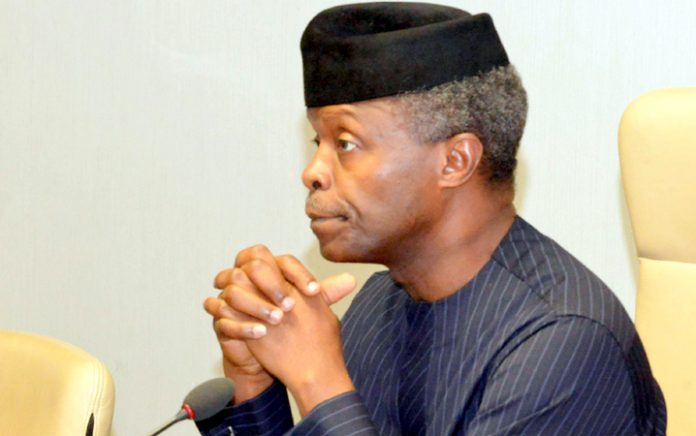 Vice-President, Yemi Osinbajo, has promised justice for the victims who were shot during Tuesday’s protest at the Lekki toll gate in Lagos.

Amnesty International and other campaigners have said at least 12 people were killed by soldiers and police in two locations in the city.

The Nigerian army has dismissed the reports as “fake news”.

The vice-president said some policemen were also killed “in different parts of Lagos and other states”.

“The pain of these terrible events is palpable in our towns and cities, and some losses are irreplaceable, but we can and will get justice for all of them,” Mr Osinbajo said on Thursday in a series of tweets.

My heart goes out to all the victims of the Lekki shootings, and also the policemen and all other men and women who lost their lives in the past few days in different parts of Lagos & other states.

His reassurance follows worldwide condemnation of the crackdown on protesters – who initially wanted police reforms but have broadened their demands to include reforms to the way the country is run.

The vice-president said he had spoken with some of the victims in the hospitals.

Following Tuesday’s shooting, arsonists went on a rampage and burnt the headquarters of the Nation Newspapers and TV Continental that are linked to the National Leader of the ruling APC, Senator Bola Ahmed Tinubu.

Federal and state government structures including the headquarters of the Nigerian Ports Authority (NPA) were set ablaze by the rampaging youths who also burnt the family residence of Governor Babajide Sanwo-Olu and that of his mother.

Why Do Judges Wear Black? Recounting the Legal Heritage