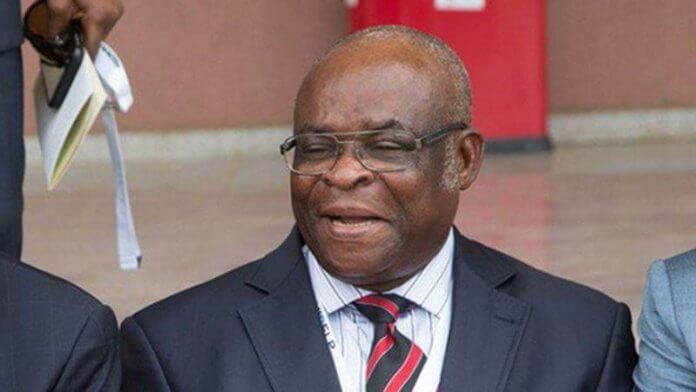 The immediate-past Chief Justice of Nigeria, Justice Walter Onnoghen, clocked 70 on Tuesday, the day he would have retired if his tenure had run in full.

He marked the birthday with a few guests on his premises in Asokoro, Abuja, in the absence of the great pomp that would have characterised such an event involving a retiring CJN.

Onnoghen’s tenure as the CJN and his career on the bench was cut short by a controversial ex parte order issued by the Code of Conduct Tribunal in January 2019 preparatory to his trial on charges of non-declaration of assets.

He tendered his letter of resignation voluntarily about two days after the National Judicial Council concluded the investigation of the petition of alleged misconduct sent against him by the Economic and Financial Crimes Commission and forwarded its recommendation to the President Major General Muhammadu Buhari (retd).

About two weeks later, on April 18, 2019, the Code of Conduct Tribunal where Onnoghen was on January 11, 2019 charged with failure and non-declaration of assets, convicted him and, as punishment, ordered his removal from office, barred him from holding public office for 10 years and ordered the forfeiture of the undeclared assets.

The NJC on October 6, 2019 issued a statement announcing that the President had accepted his voluntary retirement.

His birthday dinner which started about 7pm on Tuesday was attended by some members of his legal team led by Chief Adegboyega Awomolo (SAN) that defended him at the CCT and the NJC.

Also present at the event were a retired Justice of the Supreme Court, Justice Kumai Akaahs; the Chief Judge of Borno State, Kashim Zannah; the Secretary of the National Judicial Council, Ahmed Gambo; the President of the Nigerian Bar Association, Olumide Akpata; and serving judges of various courts.

Be Faithful To Your Oath – CJN Admonishes Newly Sworn...