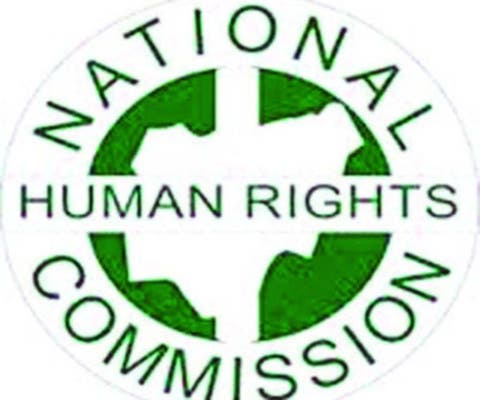 The Independent Investigative Panel on allegations of human rights violations by Special Anti-Robbery Squad (SARS) other units of the Nigerian Police has summoned ASP Marcus Joe who allegedly deposited the body of Emmanuel Ita Ephraim at a General Hospital mortuary in Calabar, Cross River state to appear before it on February 9, 2021, and explain the circumstances of the death of the victim.

The Cross River State Police Command is also to furnish the panel with its entries in respect of movement of the corpse to the hospital mortuary on the adjourned date of February 9, 2021.

The 11-Member panel chaired by Justice Suleiman Galadima also ordered Operation Skolombo to appear before it on the aforesaid date to assist the panel with any information relating to the death of Ephraim. Operation Skolombo is a multi-security task force established by the Cross River state government to maintain peace and order in the state. It comprises the police, DSS, NSCDC and NAVY etc.

Prior to the panel’s directives, Counsel to the NHRC panel, Chino Obiagwu (SAN), made an oral application asking the panel to join ASP Marcus Joe as a respondent in the matter, following the role he allegedly played in depositing the deceased body in the said hospital mortuary.

According to the legal luminary (Obiagwu SAN), who is leading the Commission’s legal team including Pwadumdi Okoh Esq. and Afolabi Olawale Esq., the presence of ASP Marcus Joe before this panel is important considering the earlier statement by the police that there was no gunshot contrary to the post mortem report which showed that Ephraim died of complications from gunshot injuries.

On the other hand, when the panel chairman asked the police about records to show the movement of the corpse of the deceased Ephraim to the mortuary, Counsel to the Nigerian Police, Godwin Ijeoma said that ACP Kabiru Salisu of the defunct SARS made efforts to secure the above-mentioned records.

He, however, explained that his efforts to get the records failed because the DPO said he needed the approval of the Commissioner of police before releasing such vital information.

A couple of weeks ago when the matter was part-heard, ACP Salisu upon his examination by Police Counsel, Godwin Ijeoma, told the panel that Police personnel were not part of Operation Skolombo the very day the incident happened.

Justice Suleiman Galadima (Rtd) had warned the 4th Respondent, Assistant Commissioner of Police (ACP), Kabiru Salisu, to be careful with his conduct before the panel as he was raising his voice while answering questions asked by the panel’s counsel.

Chino Obiagwu (SAN) had asked him to tell the panel the time of his last promotion which he hesitated before answering. “This is not why I came here” and the Chairman of the panel corrected him saying, “You don’t shout here. If you don’t know the answer to the question, say I don’t know”.

It will be recalled that at the previous sitting, younger brother to the deceased, Prince Engr. Paul Offiong had told the panel during his examination by Counsel (NHRC) to the panel, Chino Obiagwu (SAN), that his brother had on June 17, 2017, gone to Christ Embassy for the purpose of worship and he never came back again.

According to him, the deceased who was suffering from depression was frequently going to the Church to worship and to be possibly healed so that he could go back to his normal business only for someone to inform the family that their brother had been shot.

He stated that his father, Dr Charles Offiong who is also a Clan Head in the Community went to the Divisional Police Atankpa and confirmed that the late Emmanuel was his son.

He said the Police allegedly complained about the language of the deceased father’s letter to the Police to avoid implicating the force.

Engr. Paul, the complainant told the panel that his father then accepted to write another letter which the Police accepted and later released the corpse to the family for burial, having made the father of the deceased include in his letter that he will not open the case of the alleged extra-judicial killing again.

He emphasized before the panel that Police said they believed the victim was an armed robber. He said Police later apologized to the family for the death of their loved one.